Sick of being a corpo? Then fight the system with these cool Cyberpunk 2077 3D printer models!

Okay, twiddling your thumbs while a 3D printer slowly disgorges a tiny Keanu Reeves head might not be that cool in practice. And we’re aware that you can get Cyberpunk 2077 figures from Amazon for a pinch under £20.

But there’s something appealingly futuristic about 3D printing your own merchandise, especially given that Cyberpunk 2077 has a strong anti-corporate message. Let’s see CD Projekt Red complain when their own game frequently reminds you how unredeemably awful huge companies are.

Besides which, some of the available models are so damn cool and, now you can get 3D printers for less than half the cost of a Playstation 5, we’re sorely tempted to go on a printing spree.

There are a wealth of different 3D printing sites, but our favourite so far is Makerbot’s Thingverse where you can download a wealth of Cyberpunk 2077 templates, including Night City police badges, futuristic in-game weapons and much, much more. You will have to paint them yourself if you want them to be anything other than monochrome but with the space-year 2021 nearly upon us, 3D printing is the way forward.

Now, if you’ll excuse us, we’re off to crush Cyberpunk 2077’s corporations by plastering a bunch of their logos all over our walls. That’ll show ’em. 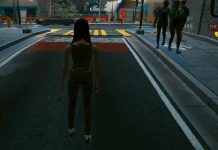 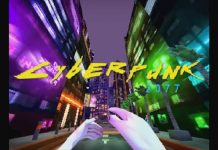 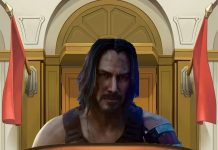 CD Projekt Red Is Getting Sued Over Cyberpunk 2077