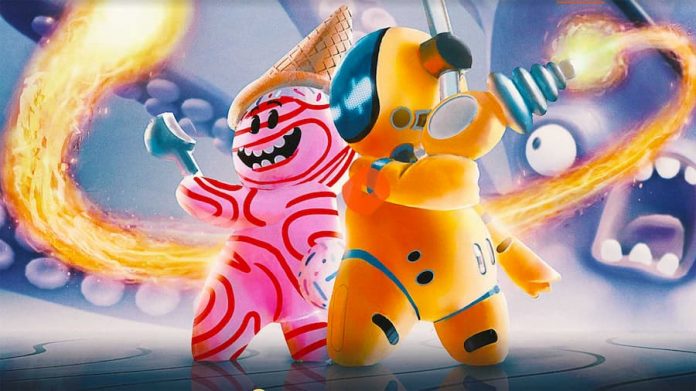 If you’ve got a Stadia Pro membership, you can dive into Splash Damage’s colourful multiplayer action game, Outcasters, right now.

Played with up to seven other players online, Outcasters has several game modes that it’ll toss you into at random. Perhaps you’ll be looking out for yourself, attempting to be the only Outcast last standing. Or maybe you’ll be working in a team, trying to eliminate your opponents or collect as many coins as you can. Whatever the mode, your time will be spent dodging opponents’ bullets and shooting your own.

Outcasters‘ unique spin on the multiplayer shooter is giving you direct control of your bullets. That’s right; once you’ve fired a projectile, you get a small window of time where you can control it mid-air. Shooting unsuspecting rivals from around corners is the key to success. But it also means bullets can come for you from literally anywhere, so you need to keep your wits about you.

This isn’t a multiplayer game that takes itself seriously; it’s more Fall Guys than Call of Duty. Sure, it may be concerned with shooting, but its top-down perspective and collection of ridiculous costumes puts it squarely in the ‘for fun’ category of online games. It helps that modes generally last no longer than a few minutes, meaning it’s hard to get bored easily. If you get your ass kicked in one round, before you know it a new round is starting, and you’ve got a blank slate. The mixture of game modes helps keep things feeling fresh, too.

The game plays flawlessly on Stadia, providing you’ve got a stable connection. We’ve tried it on a mobile phone with a controller attached, and it’s surprisingly joyous to play on the move. There appears to be a healthy userbase too; we had to wait a couple of minutes to matchmake, but that was it – and we had an endless string of matches waiting for us after that.

Outcasters is available to purchase now on Stadia, and it’s included as part of your Stadia Pro membership. If you’re a member, give it a go. There’s a good time to be had – unless you get your ass kicked repeatedly. But curving a bullet that squarely hits an enemy around a corner feels very good. 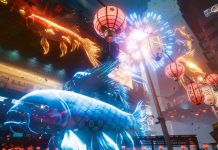