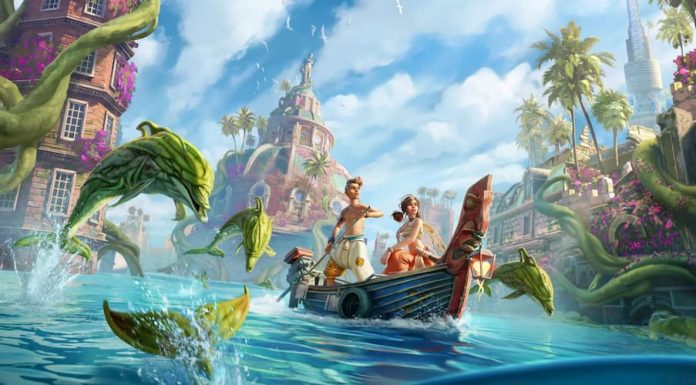 Released in 2015, Uppercut Games’ Submerged was an undemanding yet enjoyable game centred around a sisters live for her brother.

Now, five years later, Submerged: Hidden Depths has just been released on Google Stadia. Is it a sequel? A reimagining? It’s hard to say. In any case, it works well enough as a standalone story.

Submerged: Hidden Depths places the player in control of Miku and Taku. Brother and sister, they exist in a world in which disaster has struck; most of it is now submerged underwater. It’s quickly established that Miku, the sister, has mysterious powers, linked to a strange growth on her arm. Or is it perhaps best described as a curse? In any case, working with her brother, she hopes to restore the sunken city they’ve found themselves in by reuniting strange seeds with trees that have become corrupted without them. But first she and her brother must find them – it appears they’re also useful as power sources, and so they have been whisked away.

Anyone that has played the original Submerged will feel right at home with Submerged: Hidden Depths. Perhaps too at home, even. Mechanically it’s pretty much exactly the same. Your method of travel around the sunken city is a small boat, and it’s up to you to explore, find the seeds, and do what needs to be done. To help, you have a telescope that you can whip out at any time, and any objects or points of interest you locate will be added to your map. You can just head for the seeds if you wish, but finding lookout points helps in your endeavour, and there are also ship upgrades, relics, landmarks, and creatures to find along the way.

Find somewhere you can dock and you can disembark for a bit of on-foot exploration. You’ll find yourself taking control of both Miku and Taku depending on what’s available in the area you’ve disembarked. Miku is the only one who can handle the seeds required to restore life to areas, for example, and so Taku likes to give her a rest when all that’s at stake is a collectible. Whoever you find yourself in control of, the gameplay remains the same – a mixture of light puzzle solving and simple environmental traversal. 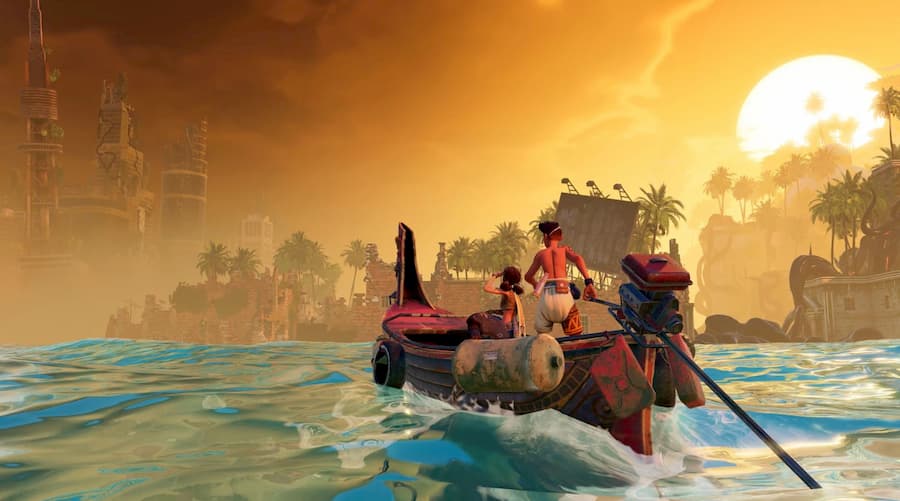 Submerged: Hidden Depths doesn’t like to give you too much control over Miku and Taku. Generally the only way they can go is up, so of course they’re both required to do a lot of climbing. But control over basic skills, such as jumping, is handled automatically. You simply move towards interactive objects such as ropes and ledges to use them, and you’ll automatically jump over gaps if it’s permitted and required. There are more more puzzle elements this time around, making the gameplay a little more rewarding. They’re simple though; like using rocks on pressure pads, and moving objects to form bridges.

After reuniting a tree with a seed, you find yourself back at the location that acts as a hub for your activities. It’s there that the story primarily unfolds, too. Admittedly there’s not a great deal to it, but Mike and Taku are expressive. Like the original game, there’s some narration in Submerged: Hidden Depths, accompanied by primitive drawings. While the game’s visuals won’t blow you away, it’s fairly nice looking and it performs well, too. I experienced some hiccups while playing, but it’s hard to tell if it’s a result of Stadia playing up or the actual game. Either way, I encountered nothing to put me off playing it. It also has a wonderful soundtrack.

Currently free for Stadia Pro members, Submerged: Hidden Depths is well worth a try. If you liked the first game, you’ll undoubtedly have fun with this, too. And if you’re not a Stadia Pro member but liked the first game, it’s probably worth signing up for a month or buying the game outright, as it’s going to be exclusive for a while. It’s a nice, fairly relaxing, open world adventure, that’s light on puzzles but well paced. Never challenging, it’s the type of game you can just sit down and chill out with, and perhaps be charmed by its brother and sister protagonists. 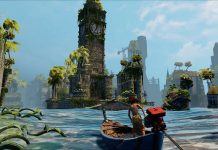