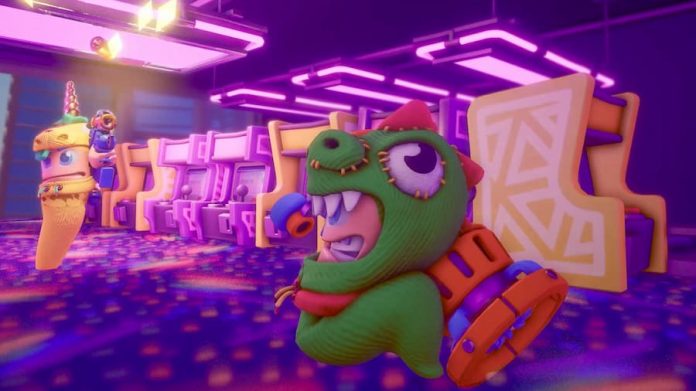 It’s time to put the old band back together in Worms Rumble.

When I play a Worms game, I name my beloved worms after characters from Game of Thrones. That way it feels like it’s a real battle with stakes. Watching Ned Stark get blown up by a sheep or take a life-ending tumble is even more emotional the second time around I assure you.

Team17 has just launched the newest entry in the Worms franchise, Worms Rumble. It’s available for PlayStation 5, PlayStation 4 and PC via Steam and brings real time action to the series for the first time. This makes the game much different from what players have come to expect from the franchise.

Players that pick up the game today will be able to experience three maps: Missile Mall, Portal Park and Transforming Towers. But these aren’t the only maps that are coming to the game. Free additional content and updates are on the way and will add even more content.

If you want to make your team look pretty there are even outfit collections you can purchase: the Action All-Stars Pack and the Legends Pack. Action All-stars has the worms dressing up as ninjas, superheroes and wizards while the Legend Pack includes more traditional sheep, donkey, skunk, pigeon, cow and retro commando outfits.

If you’re a PlayStation Plus subscriber, Worms Rumble will be available as one of December’s free games for both PS5 and PS4. But don’t worry, your PC friends will be able to play with you through crossplay battles.