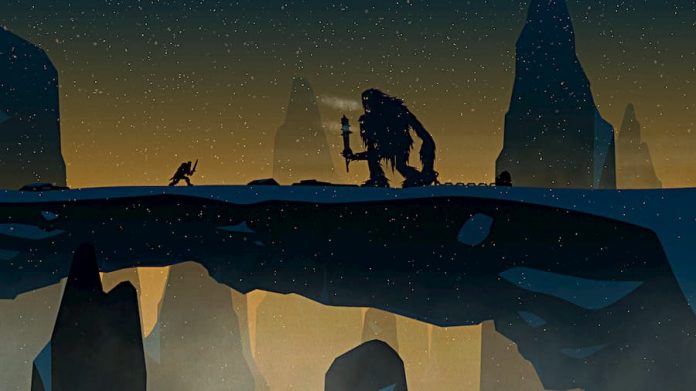 It can be difficult to make a good first impression.

If the first few minutes of a game aren’t entertaining or intriguing, you might be turned off from playing any more of it. There’s got to be something there to keep the player interested. Unto the End, from developer 2 Ton Studios, is an action platformer with real personality and potential. After only the first hour, I knew that I would be hooked until the very last moment.

I was tempted to call Unto the End a horror game at first. If you pick up the game and play through the first 20 minutes or so, you might feel the same. Things are bleak. The nameless, silent protagonist says goodbye to his family and ventures off into the icy wilderness. As the game contains no dialogue, it’s difficult to discern why the man is leaving his family, but it can be inferred that it is likely for food and supplies. Not long into the journey and you’ll find yourself in a dark cave.

You aren’t given much direction – you’re tasked with learning the controls on your own – but it’s clear that moving through the cave is your best option. Here you’ll discover a few dead bodies as well as some pools of blood with no bodies around to claim them. It’s all a bit disturbing and quite a way to introduce the game to players. The cave is dark, spooky and all manner of disturbing, but as the story unfolds and Unto the End begins to focus more on combat, it steps away from these more horrific aspects.

Combat is definitely a highlight of the game, though. It’s quite unique. At first, the combat reminded me a bit of Nidhogg with fast-paced sword fighting that is reliant on quick reflexes to survive. But actually, Unto the End’s encounters, while oftentimes brief, are slower paced and allow for efficient players to plan, block, parry, attack or dodge appropriately. Choosing the wrong move could prove fatal. 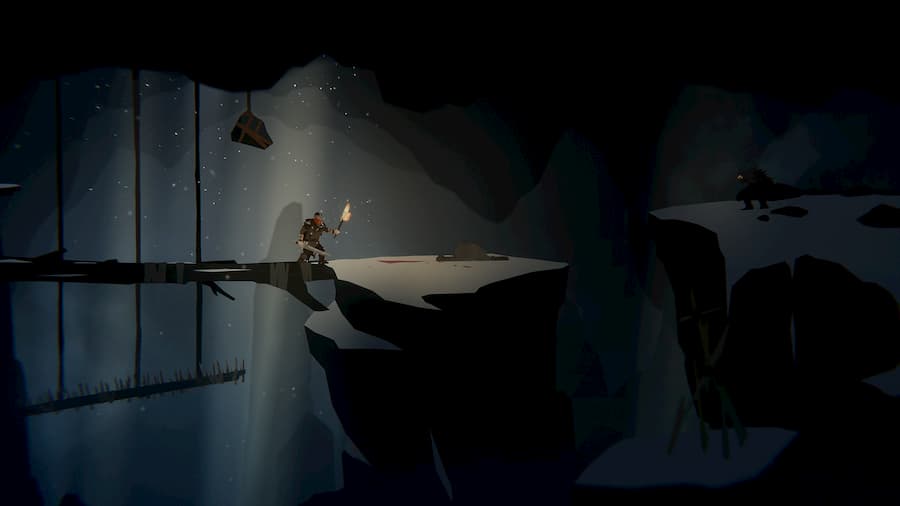 Not all of Unto the End will be spent exploring horrifying caves and sword fighting with enemies; you’ll also spend some time crafting and solving puzzles. No puzzle I encountered was very difficult. The first puzzle simply involved finding a key in and among the dark shadows of the cave. Crafting, while simplistic, does give the player brief moments of reprieve from the tense atmosphere.

I’m pleasantly surprised by Unto the End. It makes a strong first impression. It manages to fill the player with a feeling of dread and you quickly begin to fear for the protagonist despite him not even having a name. The combat is unique and pleasantly challenging to learn, and the atmosphere overall is really impressive. I can’t wait to dive back in and finish the adventure to see how it all plays out. If you’re for something entertaining, not too easy and genuinely scary at times, Unto the End is worth checking out.