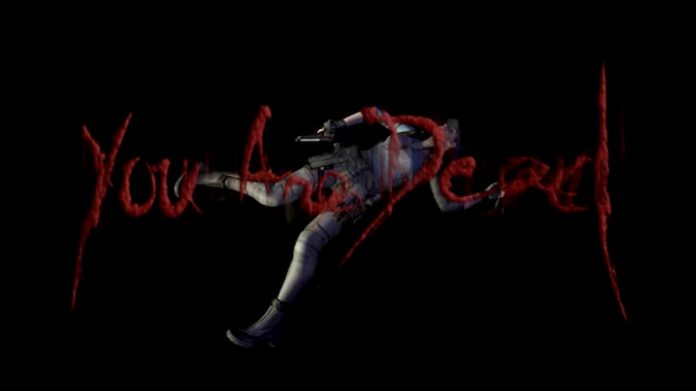 Dying in video games is inevitable.

Unless you’re playing something like Animal Crossing or Stardew Valley, you’re going to die. Getting killed by monsters or dudes with guns is pretty much the norm in the world of video games. But what about some of the stranger ways that we meet our ugly demise? There are probably lots of ways you’ve passed on to the underworld that you’re not proud of.

We’ve put together a short list of some of the dumbest ways you can die in video games. They’re nothing to be ashamed of – it happens to the best of us.

Most gamers love playing games with their friends. Whether we’re trying to escape from monsters together or cooperating to solve puzzles, two heads is always better than one. Unfortunately, in some cases, two guns always isn’t better than one. Especially when one of those guns is pointed at you and your friend is pulling the trigger.

Sure, friendly fire is normally an accident, but boy is it annoying when it happens. We remember having to deal with this issue in Left 4 Dead. If you downed someone by shooting them you would definitely get an earful. So try your best to… you know, not shoot your teammates in the back. Or face. Or anywhere, really. They’ll thank you for it – or they, at least, won’t yell at you.

Dead via Your Own Grenade

Almost certainly more embarrassing than friendly fire is killing yourself due to your own incompetence. This can happen in a variety of ways, but one of the most embarrassing is via your own grenade. Some games, like Uncharted, give you an arc that shows you where your grenades will land. Other games, like Borderlands, do not and you just have to try and guess.

Sometimes, guessing isn’t the best thing to do. Especially not when you guess wrong, or accidentally throw your grenade in the wrong direction, seeing it bounce off a wall before exploding at your feet and blowing you up. Uh, whoops. It has happened to all of us at one point or another. Don’t worry, your secret is safe with us.

Falling Off the Map

We all know how frustrating video games can be. Sometimes, you just want to fling yourself into the abyss so you can forget about what just happened in the game. Other times, you feel like you’re doing really, really well… or you were, until the edge of the map just consumes you against your will. I’m looking at you, every iteration of Rainbow Road in Mario Kart ever. Or any map in Overwatch where you fight near an edge and Lucio boops you off. It’s frustrating but inevitable.

We will say though, it’s really satisfying when you’re about to bite the dust and fall off the map in Super Smash Bros., but you use your high jump ability to get back up the arena for one last hurrah. Falling off the map makes it all worth it for that moment.

Jumping in Front of a Moving Train

We won’t lie to you. Sometimes killing your character in games on purpose is fun. And jumping in front of moving train is the epitome of a great time. Especially if you’re driving a wagon with horses like you do in Red Dead Redemption. There’s nothing more exciting than riding away from a murder you’ve just committed. You see the train coming up fast and you think, “I can make it, I can make it.”

You didn’t make it. But it was so funny how your character flopped around afterwards so you had to do it again just for the giggles. We understand. This example comes from experience. 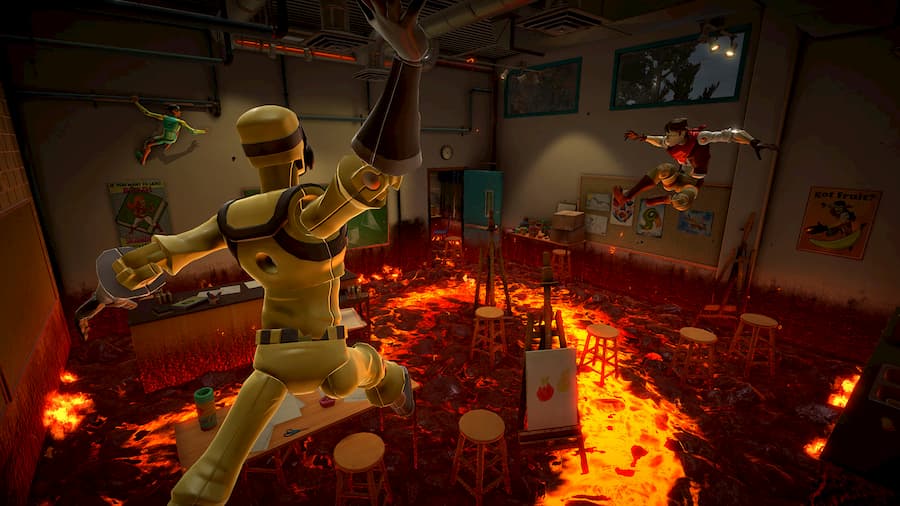 Listen, we know how tempting it is to stand in colourful orange stuff. It’s pretty. It’s inviting, but it’s almost always a bad idea. We can’t tell you how many times we’ve died in Minecraft from lava. That tssssssssss sound our entire inventory makes as it burns to a crisp along with our hard-earned diamonds is nothing short of complete torture.

Not to mention games like Hot Lava where it’s literally your goal to not touch the lava. But you can also fall in lava in Bowser’s Castle in Mario Kart, and Resident Evil 5 during your fight with Wesker. As unlikely as it is that you’ll see lava in real life, you can definitely see it in lots of video games. Just don’t take a swim; it never goes well.

Barrel Explosion via Your Teammate

If you’ve played any of the Borderlands games with your friends then you know what it’s like to have to deal with oodles of shenanigans. But none are quite as annoying as standing next to a barrel and having your teammate blow it up. This experience isn’t exclusive to Borderlands either; just about every game that puts a gun in your hand is also filled with exploding barrels. Our most visceral memories, though, are from Pandora and the other ruthless locations you visit in Borderlands.

Our recommendation? Blow your friends up before they can blow you up. Trust us. It definitely won’t force a never-ending duel between you.

Pecked to Death by Birds

Possibly one of the more niche ways to die in games is being pecked to death by birds. It’s as horrific as it sounds, but it’s very much in fitting with the horror-themed games you’re likely to find this one in. The Resident Evil series and Alan Wake are two games we’re embarrassed to admit we’ve had this happen in. In Alan Wake, you can literally be pecked to death by ravenous crows. Deadly, horrific flying demons.

Resident Evil 4 takes the cake, though. If you’re low on health in Resident Evil 4 and you rile up and startle some chickens they can actually kill you by taking away the last of your precious health. Nothing is quite as annoying (and hilarious) as being killed by chickens in a game where everything but those chickens are actually out to kill you.

Speaking of Resident Evil 4 again, another quick and rather dumb way to die is bloody trip wires. You know them, you hate them. They’re devilishly difficult to see making, them one of the easiest ways to get yourself killed when you’re low on health. You’ll also find tripwires in games like Valorant where the Cypher can use them to take out enemies.

Trip wires are a real dirty way to make an enemy. But you’ll probably never make the mistake of running into them again, now will you? See? You’ve learned a lesson.

And now, the big one. The pièce de résistance of dumb ways to die in video games. We’ve all done it in one way or another. Maybe in real life, but definitely in a video game. Eating bad food. The first example that came to mind was Monster Meat in Don’t Starve. Of course, eating one monster meat won’t usually kill you right away, but it does hurt. Thus, eating enough of it could cause your untimely demise. You’ll also want to watch out for Mackerel in Nier: Automata which will kill you immediately, but these aren’t the only places where you’ll find bad food.

Eating irradiated food in the Fallout series can cause your death, and eating zombie meat in Minecraft will do the same. For goodness sake, people, don’t eat mushrooms you pick out of the ground and cook things properly! It’s just good practice, in life and in video games!