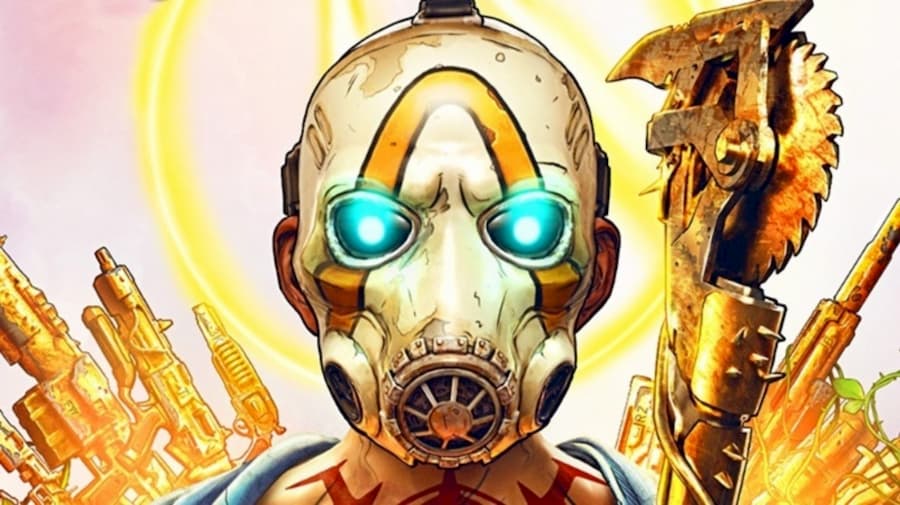 Shooting tens of dozens of Bandits in the face is just as much fun now as it was a decade ago.

It’s not a usual thing to review a 15-month old game for the first time. But jumping into Borderlands 3 on PS5 makes Gearbox’s ridiculously over-the-top FPS feel brand new. It’s never looked better and it’s never played better. In fact, the extra power afforded to it by the new generation of consoles makes Borderlands 3 feel like a whole new experience.

A super-smooth framerate makes all the difference. On last gen, Borderlands 3 never performed particularly badly, but you’d experience noticeable framerate drops in busy areas. On PlayStation 5, it’s constantly buttery smooth, even when enemies surround you, loot is dropping left, right and centre, and you’re exploding everything in sight. As a series, Borderlands is at its best when it’s absolutely mental. So being able to live through the carnage with higher fidelity really takes the game to the next level.

If you’re yet to jump into Borderlands 3, now’s a great time to do so. The first season pass is complete, adding four sizable DLC campaigns to the mix. A second season pass is in progress, too, bringing new content over the next few months. But even without any additional stuff, the base game provides players with a ridiculous amount of content. After more than 40 hours of play, I’ve still got a tonne of side quests to complete and areas of the map to explore.

However, if you’re expecting a huge leap away from Borderlands 2, you might be disappointed. Borderlands 3 is neither an evolution or revolution to the series; instead, it doubles down on a tried-and-tested formula. Since Borderlands 2 released way back in 2012, it’s initially disheartening to jump in and find a game that could simply be an expansion. But stick with it, and you’ll find that it masterfully knows its target audience, and delivers the Borderlands gameplay we’ve come to know and love – but in a much bigger package. 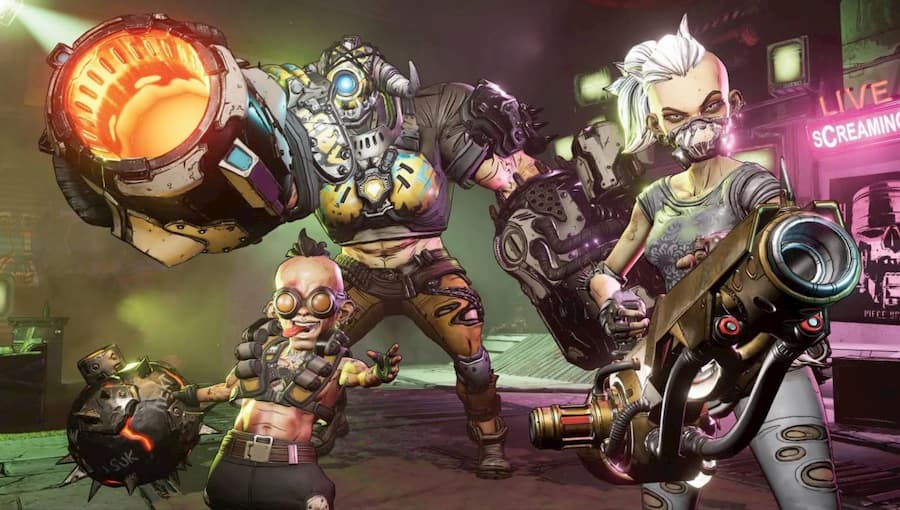 Borderlands 3 takes the action away from Pandora, introducing several new planets into the game’s universe. Each one of them offers unique areas to explore, all of them being rather expansive. Needless to say, it’s the biggest game of the series so far, offering the largest range of flora and fauna we’ve seen. That also means there are more enemies than ever. You’ll of course spend a lot of time shooting your way through familiar-looking Bandits, Skags and Rakks, but there are plenty of new enemy types, too.

Rather than being a town on Pandora, Sanctuary is now a ship floating in space, with the usual characters – Moxxi, Tannis, Marcus et al –  all occupying space on the ship. It can be a little difficult to navigate, though, and so you’ll likely spend a considerable amount of time getting lost as you try to make your way from A to B upon it. It’s a relatively small area, but the layered map makes for tricky navigation. The same can be said for other locations too; you’ll need to have a good sense of direction to avoid getting lost, as the multi-layered areas make following your minimap quite difficult. 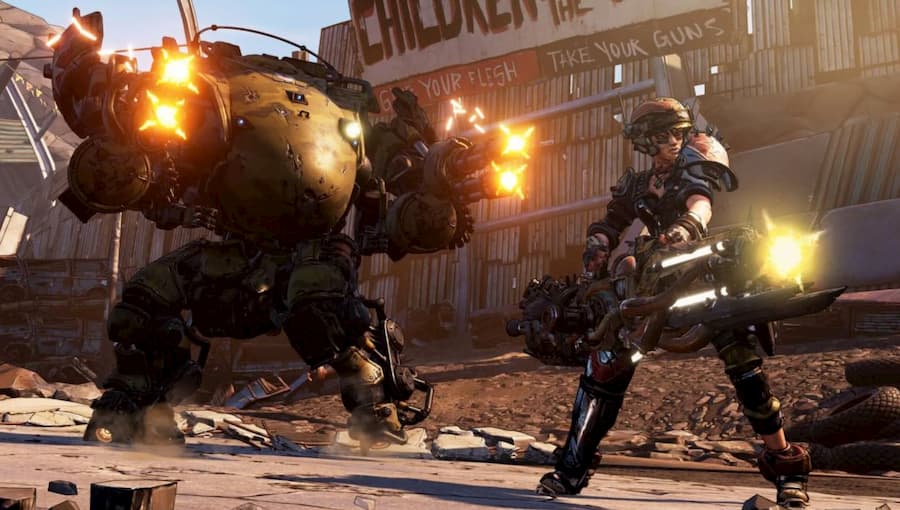 When you start playing, you’ll need to choose one of four new characters; Moze the Gunner, Amara the Siren, FL4K the Beastmaster, and Zane the Operative. Aside from the Siren, each new class is unique to Borderlands 3 and they all offer a very different style of play. You can use the same weapons with any character class, of course, but each have their own perks and special abilities. Moze, for example (my character of choice) can suit up in a giant mech to obliterate enemies with a range of powerful weapons. And FL4K can control a gang of loyal beasts to do his bidding for him. Each character also has their own unique skill trees, and with skill points available every time you level up, all the way to level 65, there’s plenty of customisation available. Maybe you want to double down on survivability, or maybe you want to make your character’s special abilities even more powerful.

But, as always, it’s the huge range of guns that helps make Borderlands 3 so fun. Starting out with a basic pistol might be a rather mediocre experience, but as soon as you pick up your first shotgun that can blow a Skag to pieces with one shot, it’s hard to go back to anything else. Or perhaps you prefer the accuracy of looking down the sights of a sniper rifle – though Borderlands 3‘s up-close and fast-paced action rarely allows snipers to truly shine. There’s something to be said to laying dozens of bullets in your enemies from a fast-firing SMG, too. Whether you want to specialise or mix and match, there’s always something for you. And with the amount of loot that the game throws at you, you’re never too far away from an even better weapon. 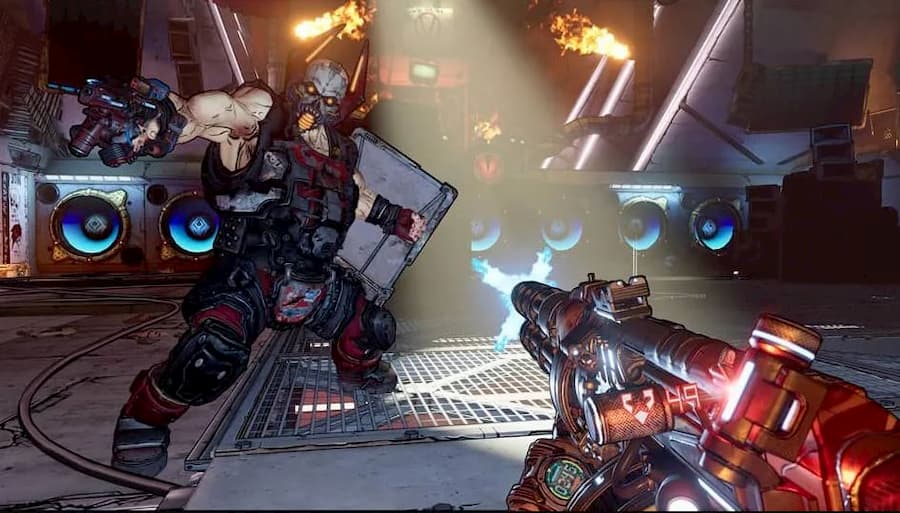 If you’re expecting a great evolution to the series, you might be a little disappointed with what Borderlands 3 brings to the table. But if you’re happy to jump into more of the same, albeit on a greater scale, you’ll find a lot to love here. And on the new generation of consoles, Borderlands 3 shines better than ever. Playing at 60fps with up to 4K resolution really makes a world of difference; Borderlands 3 has never been more of a pleasure to shoot your way through. So, if you’ve not yet picked it up or it’s been sitting in your pile of shame and you’ve been lucky enough to grab a next-gen console, seriously consider paying it some attention.

Borderlands 3 is available on PS4, PS5, Xbox One, Xbox Series X/S and PC. We reviewed the game on PS5 with a code provided by the publisher.