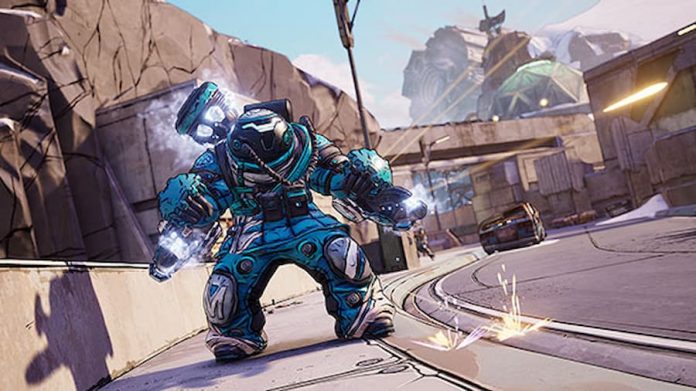 Handsome Jack here for some kind of announcement.

What’s up, idiots? I’m back from the grave to deliver this announcement to all you nerds and your “friends.” Gimme the paper!

There’s an upcoming mini-event for Arms Race in Borderlands 3 that runs from today, January 21st to February 11th. You have to have the Designer’s Cut add-on to play, available as part of Borderlands 3 Ultimate Edition or Season Pass 2. There’s new stuff to do and find every week yada yada yada. God, this is boring.

Here’s the schedule for the event:

And for those nerds that care about hotfixes, there’s some of those as well.

It says here, “Handsome Jack is the greatest hero that ever lived. Oh, and Vault Hunters are ugly and stupid.” That’s the only hot fix you really need.

That’s just a few of the huge boring list of changes that just launched into the game. But, more importantly – JIMMY! Where are my pretzels? And don’t forget the apple for Butt Stallion. Yeah, the one with the gold flakes.