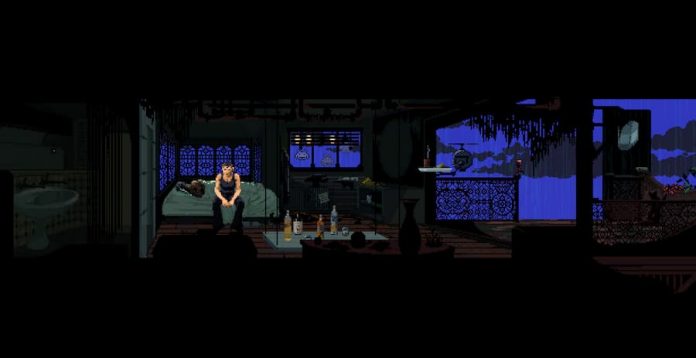 The Sundew, a new point-and-click cyberpunk adventure, is set to arrive this Summer.

This just-announced pixel-adventure is from 2054 Games, a one-woman development studio, and casts you as Anna Isobe, a cybernetically enhanced cop. Sound familiar? It should, future fiction is full of enhanced police offers and so on, who’ve had their eyes swapped out for telescopic robo-peepers or their spleen replaced by an egg whisk.

What makes The Sundew’s protagonist interesting is, after having gone to all the trouble of being enhanced, she’s now been made obsolete. Law enforcement has been largely automated so flesh-and-blood cops barely warrant a mention, no matter how much kitchen foil they’ve got glued to their faces.

However, Anna stumbles across a conspiracy, which is where you come in, helping her uncover the truth without being murdered by ED-209’s angry dad. The reveal trailer promises you can “reverse the dystopia” which is a surprising claim since one of the common tropes of dystopian fiction is that one person can’t change the world. We’ll be interested to see how The Sundew is going to pull this off.

You can check out The Sundew’s reveal trailer below, wishlist it on Steam, and pick it up on PC and Nintendo Switch this summer.