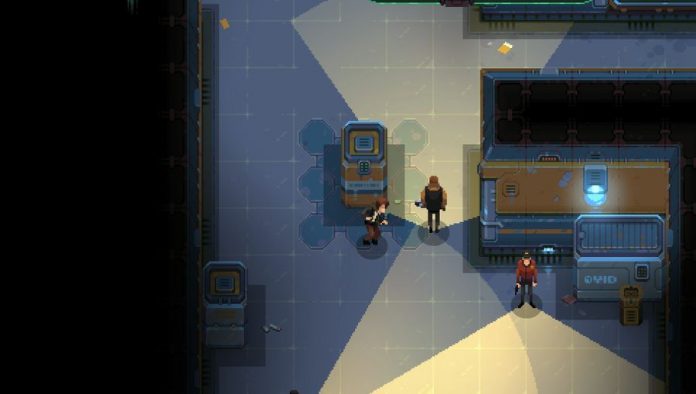 It’s not normally a good sign when a ‘stealth’ game makes it easier to just shoot people in the face.

Take Hitman: Absolution, which was supposedly a sneak ’em up but had several levels that were clearly meant to funnel you into a firefight. But cyberpunk stealth-actioner Disjunction uses the lack of balance between sneaking and shooting to offer you a smart, morally-testing choice.

None of the characters you play are out-and-out killers, and the dialogue pressures you to take the path of least torso explosions. After all, how hard can it be to get round a few security guards? The Metal Gear Solid-style vision cones make it easy to tell when you’re in danger of being discovered, so just sneak in, dole out a few Vulcan neck-pinches, grab the clues you were looking for and get out.

But then, a couple of levels in, you’re running low on energy (the pool your abilities draw from) but you’ve got a lot of bullets. And you get to thinking… sure, your gun’s noisy but you can kill people from a lot further away. Disjunction isn’t quite as punishing as Hotline Miami, but your weakest character can be flatlined with two hits, maybe three if you upgrade their health.

So you start with the boxer guy with the metal fist. Disjunction‘s story is fairly engaging but it’s Ol’ Fisty who’s got a personal take in the tale, he’d kill to avenge his daughter, right? The rationalisations continue and another couple of levels later your private detective is knee deep in corpses. You don’t get a pat on the back for being a ‘silent assassin’ but I’ve rarely felt so uncomfortable as, when choosing from the between-level dialogue options, swearing blind I was keeping things low profile. 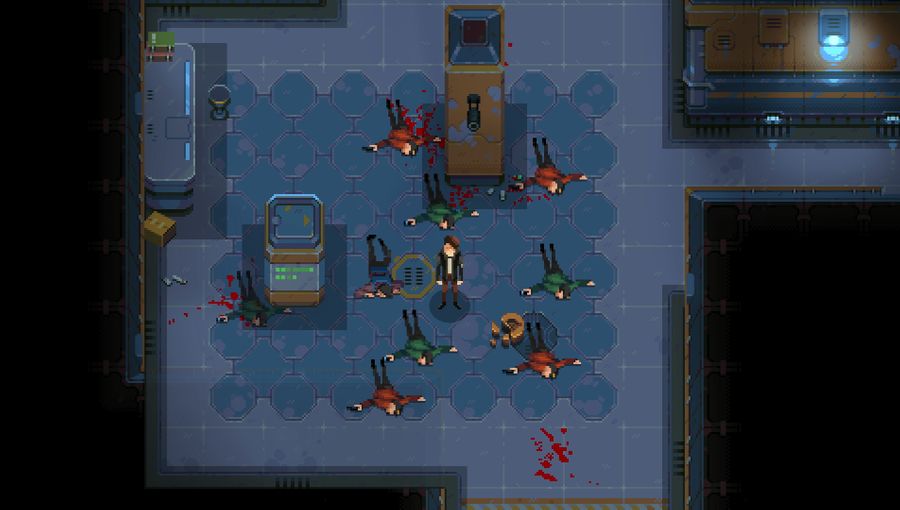 Whatever path you choose, Disjunction is a blast. Even if you’re gun-happy, you do end up having to conserve ammo when you’re facing robotic foes, so there’s some small element of stealth involved. There’s just enough level variety to keep things fresh; you think you’re getting used to waiting for guards to pass and then it throws an assembly line at you, forcing you to use crates as cover. And when you’re getting used to guards, you get robots to deal with who can see all around them, but have rotating blind-spots you need to dodge into. You’re never not on your toes.

Speaking of blind spots, Disjunction does have one big failing that, while not a complete deal-breaker, will hamper your enjoyment of the game. Between them, your characters have a wealth of handy abilities, from firing stun bolts through to cloaking and creating a hologram of a cat. What they can’t do, however, is easily figure out which parts of the level are solid wall and which are blank space. 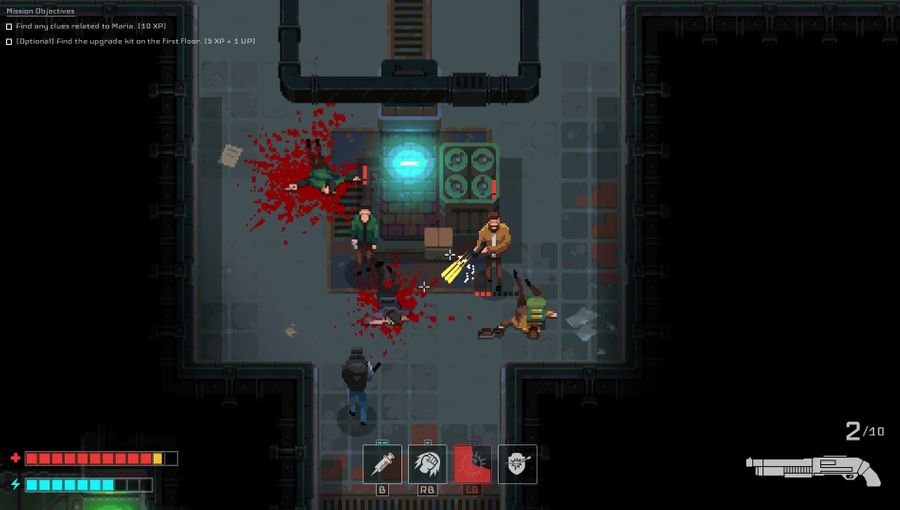 It’s because Disjunction’s perspective isn’t quite top down. Take the screenshot above – is that a solid wall? It certainly looks like it, like you can’t move any further left. Or it could just be your view of the wall from behind, which fades away when you move in front of it. So you might think you’re being clever by penning your enemies in, only to have them walk through an empty space you didn’t know was there and blast you in the back. It’s a baffling and sometimes frustrating design decision.

What it does excel at, however, is keeping the stakes high, thanks to the save panels which can only be used once. As you’re frequently reminded, there’s an upgrade kit on each level and, while it’s a bit disappointing these boxes don’t visibly modify your character, it’s a great way of getting you to put yourself in danger. You’ve got the key card you need to open the door to the exit and you’ve got half a bar of energy left, but that extra chunk of health could really be handy. But is it worth risking having to redo half the level for?

Disjunction doesn’t lean into cyberpunk quite as heavily as games like Cyberpunk 2077 or The Red Strings Club, but there’s enough sneaking and slaughter to keep you engrossed until the bitter end. It also warrants another playthrough where you force yourself to use stealth, meaning you’ll easily be getting your money’s worth out of this futuristic outing. Throw in a superb soundtrack that’s pure Blade Runner, and you won’t regret plugging into Disjunction.

Disjunction is available on PC, PS4 and Xbox One. We reviewed the Xbox One version of the game with a code provided by the publisher.