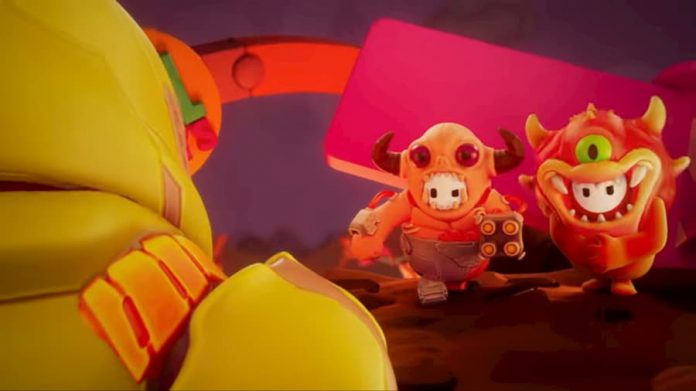 An exciting announcement has been made for Fall Guys: Ultimate Knockout.

Fall Guys: Ultimate Knockout is a popular platformer battle game where players take on the role of demon hunters attempting to defend the galaxy against… no wait, that’s not right. Let me check my facts here.

Fall Guys: Ultimate Knockout is a platformer battle game where adorable little jelly beans compete to see who will take the crown at the end of a fast-paced, difficult set of knockout rounds. They also like to play dress up. Devolver Digital, the publisher behind the game, has announced that this time around, those jelly beans are cosplaying demon hunters and demons from the popular DOOM franchise.

You read that right. In the past, our jelly bean heroes have dressed up as unicorns, skeletons, hamburgers and pineapples. Now, though, they’re going hardcore.

Starting January 12th for a limited time, Fall Guys players will be able to grab three DOOM-themed skins in game. It hasn’t been revealed yet whether these will be unlockable via in-game currency or as an in-store purchase with real human money. Either way, we can’t wait to see those precious babies dawning these wicked costumes.

But, don’t take our word for it! Check out the trailer below.