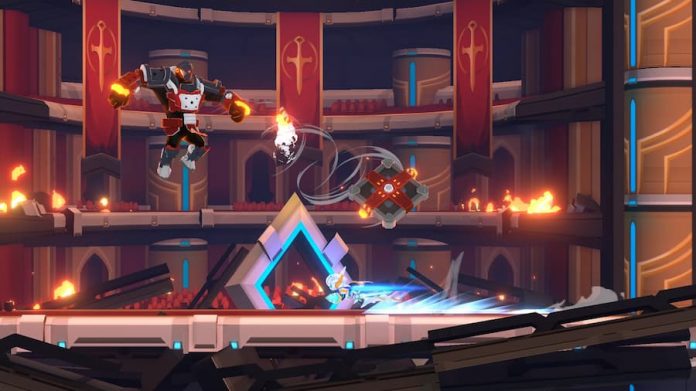 Fallen Knight is a game that challenges platformer genre tropes.

PQube with developer FairPlay Studios have announced that their platformer title Fallen Knight is headed to PC, Switch, PS4, Xbox One and next gen platforms via backwards compatibility later this year.

The team has also announced that players will be able to play a demo starting on February 3rd as part of Steam’s Steam Game Festival.

In Fallen Knight, players take on the role of Lancelot the 49th, descendant of Sir Lancelot from King Arthur’s tale. Your goal is to save your city from the crooked organisation, The Purge. Along the way you’ll find dark, hidden secrets.

Unique to this platforming title is the ability to choose whether you want to kill or spare the members of The Purge that you’ll be fighting. Being a Knight of the Round Table, it is expected that you’ll make the right, honourable choices along the way. The more good choices you make, the more honour points you’ll save up. You can then use those points to upgrade your health, abilities and attacks.

Look out for the demo of Fallen Knight which will be available on February 3rd. You can wishlist the game right now on Steam.