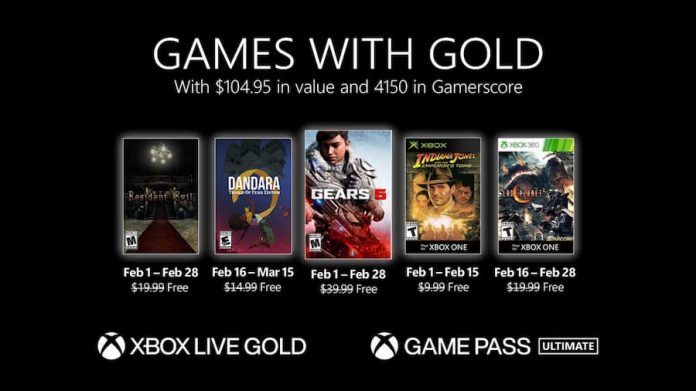 If you’re an Xbox Live Gold or Game Pass Ultimate member, you’ve got five Games With Gold to look forward to in February.

Look, we’re not sure why Microsoft continues to offer up Games With Gold every month. If you have Xbox Game Pass, you already have access to hundreds of excellent games. It’s hard to get excited about a handful of titles when you already have a bursting library. Especially when some of the Gold games are usually included in Game Pass, anyway.

But if you still look forward to a new month of Xbox Games With Gold, here’s what you’ve got coming in February.

There are some excellent games up for grabs. Gears 5 is, obviously, one of Microsoft’s stand-out exclusive games. And since it’s been enhanced for Xbox Series X/S, there’s never been a better time to jump in. The news about Resident Evil Village last night, too, makes us keen to jump back into where it all started with Resident Evil.

You’ve still got just over a week to claim January’s Games With Gold: be sure to claim Little Nightmares and Breakdown before Sunday 31st January. You’ve got until February 15th to claim Dead Rising.