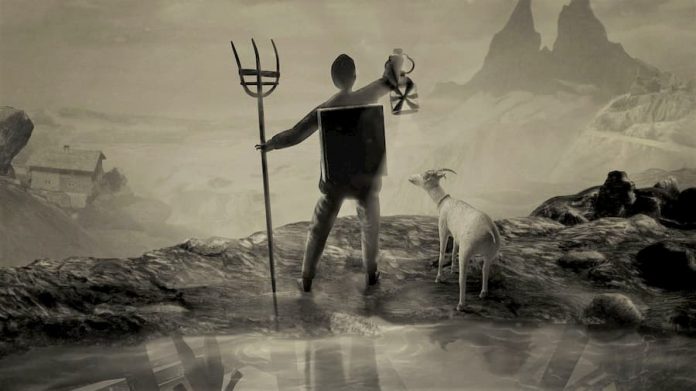 It’s always incredible to see what just a single person can create.

The release date for the upcoming horror game Mundaun from one-man studio Hidden Fields has been announced. This hand-pencilled game is the very first full-length title from illustrator Michel Ziegler. It’s set to release on March 16th for PS5, PS4, Xbox Series X/S, Xbox One, Nintendo Switch and PC.

Mundaun follows a young man who travels to the icy Alps to take on the horrible monster who lives there. Along the way, the protagonist Curdin will find unexpected answers about his grandfather’s mysterious death. Additionally, players will have to solve puzzles and investigate the town’s hidden secrets, all while avoiding some pretty spooky creatures.

Inspired by Ziegler’s childhood trips to the Alps, Mundaun reflects the culture of the region with a bit of a darker twist. Want a closer look at the game’s development? The first episode of a new bi-weekly behind-the-scenes series is now available on YouTube. This behind-the-scenes series gives players a closer look at how Ziegler is bringing Mundaun to life in his studio. You can watch the first episode below.

You can also join Ziegler on Discord for a Q&A tomorrow, January 13th at 1pm ET/6pm GMT to ask him anything and everything you might be wondering about the project.

Mundaun will be available on March 16th for PlayStation 5, PlayStation 4, Xbox Series X/S, Nintendo Switch and PC via Steam and the Epic Games Store.

Check out that behind-the-scenes video here.