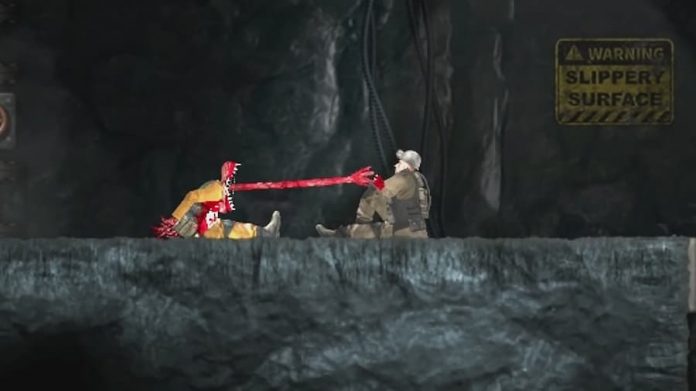 Hidden Deep has an announcement trailer and it’s terrifying.

Hidden Deep is a 2D action adventure for the PC that sees your team of protagonists undercovering a subterranean nightmare; think Aliens meets The Thing meets The Descent. We dived into the pre-alpha demo and were suitable impressed by the blend of exploration, shooting and awful, awful tension. Now Hidden Deep is taking all of that and running with it.

There’s no release date yet, though it’s set to drop some time this year, but Cogwheel Sofware have unleashed it on Steam. Even better, a demo version (which we presume is different from the pre-alpha demo) is set to arrive during February’s Steam Games Festival, Feb 3th to Feb 9th.

In the meantime, Hidden Deep has an ‘announcement’ trailer you can check out which showcases some of the game’s horror. It also contains a rather obvious homage to The Thing which is cool and we’re now hoping the final game has a dynamic infection feature. We liked the official The Thing game but the biggest problem was that many of the infections were scripted. You can check out the new trailer below and wishlist Hidden Deep on Steam: