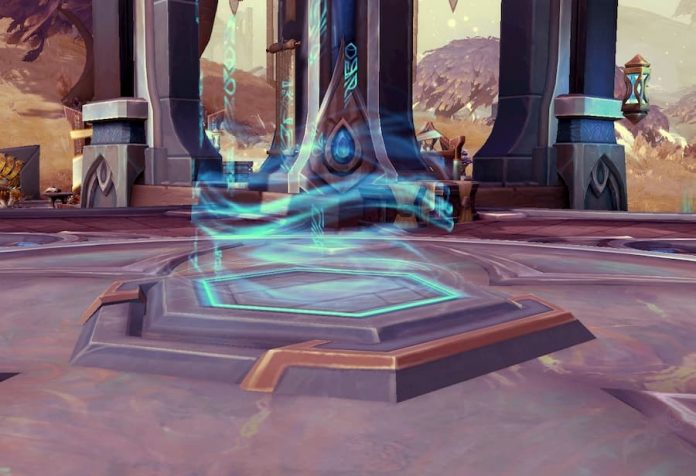 If you’ve been trying to figure out how to unlock the Eternal Gateways in Bastion in World of Warcraft Shadowlands, we’ve got you covered. It’s pretty easy once you’ve got enough anima. Unlike the other Covenants, using the Eternal Gateways also gives players a major speed boost upon exiting. Also, unlocking the final tier opens a one-way portal to Oribos from Elysian Hold.

But first, how do you unlock it?

Initially, you’ll need to collect anima and give it to Haephus (in charge of Sanctum Upgrades) in Elysian Hold. In order to open up future tiers you’ll have to have a certain level of Renown with The Kyrians along with the required anima.

When you unlock the first upgrade tier you’ll receive the quest Step of Faith. Follow the steps in this quest to unlock portals to Hero’s Rest, Aspirant’s Rest and Temple of Courage (Xandria’s Vigil).

The more you upgrade the sanctum and add anima and additional supplies, the more locations you’ll be able to unlock.

Tier 2 unlocks Sagehaven, Temple of Purity and Seat of Eternal Hymns. Tier 3 unlocks Temple of Humility, Terrace of the Collectors and Portal to Oribos.

Additionally, once per day the player’s Steward can summon an Elysian Beacon that allows you to access a network from anywhere within Bastion. So that’s another quick way to get around in a pinch!

And there you have it. If you’re looking for a quick way to travel around Bastion, the Eternal Gateway system is the best way to do it.