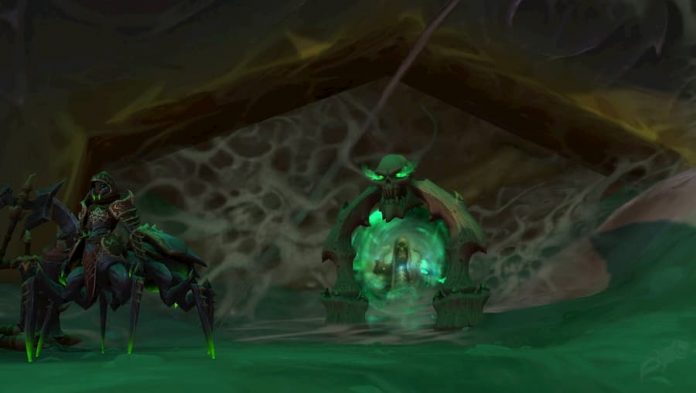 So going in these Deathgates definitely won’t kill me right?

First, you’ll need to unlock the first tier of your Sanctum upgrades by collecting 1,000 anima. Every upgrade to the fast travel network after that will require you to also have a certain level of renown. For now though, you just need that precious anima.

Look for Arkadia Moa, who is in charge of your Sanctum Upgrades at the Seat of the Primus. Once you give her 1,000 anima she’ll give you the “Restoring Power” quest. Complete this quest line and you’ll unlock access to Nurakiir and House of Eyes.

Tier 2 unlocks Zerekriss which is a bit like an airship that flies around the area in a circuit. It provides shortcuts to different areas of Maldraxxus. When in Maldraxxus you can see Zerekriss on your map. The only place in Maldraxxus where you are unable to see the location of Zerekriss is the Seat of the Primus.

Tier 3 opens Exoramas and House of Rituals as well as a one-way portal to Oribos from your portal room.

And there you have it. Due to so few teleporting locations in Maldraxxus, Zerekriss is a good addition to help players get around the map. Those are the best ways to fast travel in Maldraxxus in World of Warcraft Shadowlands.