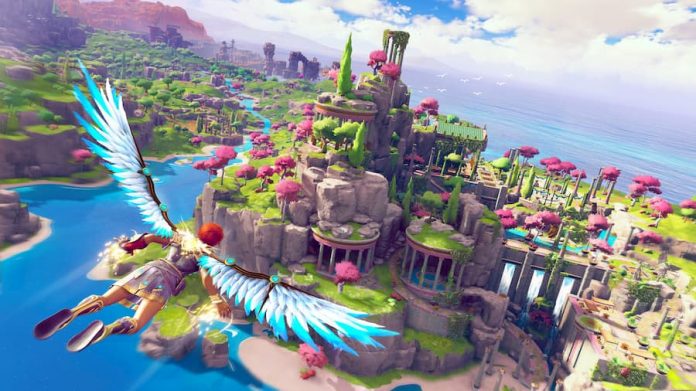 The latest update to Immortals Fenyx Rising fixes a number of bugs and adds support for the first DLC content.

Today, 14th January, Ubisoft will be rolling out patch 1.1.0 to Immortals Fenyx Rising across all formats. The update lays the groundwork for the game’s upcoming DLC, A New God. While it doesn’t add any key content updates, it does fix various bugs and offers a number of stability improvements.

If you’re a PS5 user, you’ll be pleased to hear that this update adds further DualSense support. Haptic feedback has been added to various combat manouvres, allowing you to get more immersed into the action.

Most notably, patch 1.1.0 addresses some issues where Fenyx would get stuck in various situations. Previously, they could get stuck after fast traveling, or behind invisible walls after looting a chest. These issues have been ironed out, so Fenyx should not longer get stuck.

Issues to the game’s Photo Mode have also been addressed. Previously, having more than 50 saved photos would cause a number of issues. This has been fixed, so you can now take as many in-game photos as you’d like.

Immortals Fenyx Rising patch 1.1.0 will be available from today at 2pm GMT/9am ET. If you’re planning to jump in after this time, ensure you download the patch first. The full patch notes, courtesy of Ubisoft’s official forum, are below.

Does Immortals Fenyx Rising Have Multiplayer or Co-op?