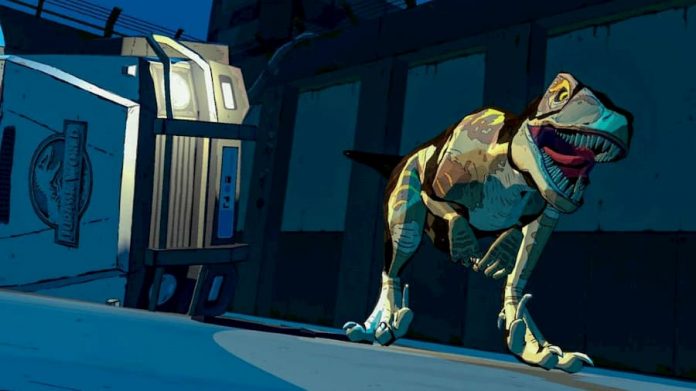 VR and dinosaurs should, by rights, be a winning combination. But, like the original Jurassic Park, something has gone very wrong.


If you played the original Tomb Raider you’ll remember how terrifying it was to find yourself suddenly pursued by a Tyrannosaurus Rex, trailing so close you’d swear you could feel its breath on your neck. Imagine experiencing that first hand or, if you saw the original Jurassic Park, sitting in that jeep, watching the lawyer-devouring terror peer in at you.

Unfortunately for any VR-owning dino fans, apart from a brief non-interactive encounter at the beginning of the game, Jurassic World Aftermath, available on Oculus Quest, does away with the T-Rex. Instead, you find yourself roaming a series of indoor locations, flipping switches, hiding from velociraptors and opening doors by completing Simple Simon-style minigames.

True, the first couple of times you encounter a velociraptor you will be quaking in your boots. The cel-shaded graphics seem a little odd at first but you’ll get used to them just in time to have a cartoon raptor maul you to death. And being able to poke around Jurassic World’s lesser-seen areas is fun, anticipating the chaos you’ll cause as you seek out the secret research you’ve been asked to nab.

However, Jurassic World Aftermath‘s fear factor falters the further you get into it. The hint screen suggests the velociraptors are formidable predators, as depicted in the Jurassic Park/World movies, but here they’re just scaly idiots. Crouch under a desk – your typical hiding place in Aftermath – and they’ll look right at you without attacking. If they do spot you, duck under a set of back-to-back desks and, because there’s one empty space between you and the raptor, they’ll give up almost immediately. 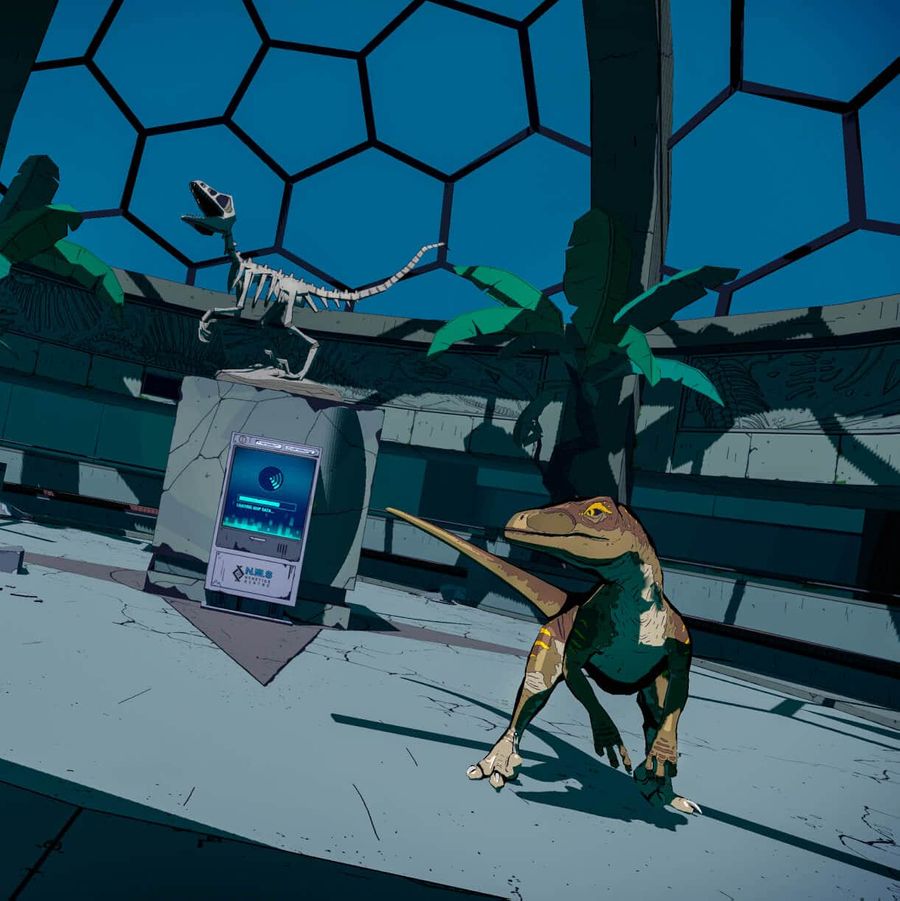 Jurassic World Aftermath‘s lack of asshole physics doesn’t help; you can distract raptors with fixed items such as loudspeakers, but there’s no grabbing an item and hurling it to make a noise since every single item is glued down. Consequently, there’s no need to be cautious when walking away from a distracted raptor; it doesn’t matter how much junk is on the floor, you’re not going to inadvertently boot it across the room.

You do run into the odd Alien: Isolation style feature, where a raptor is pinned to your location, but such trickery barely dials up the menace. Aftermath gives you the freedom to explore, and some of the tasks have you heading to multiple points within one location. But there are other tasks that are downright infuriating; I followed the guide arrow to a location, only to be told I had to go all the way back to the rooms I’d just been through to pick up a code. And, since the bulk of the game takes place indoors, the areas start to look pretty samey. 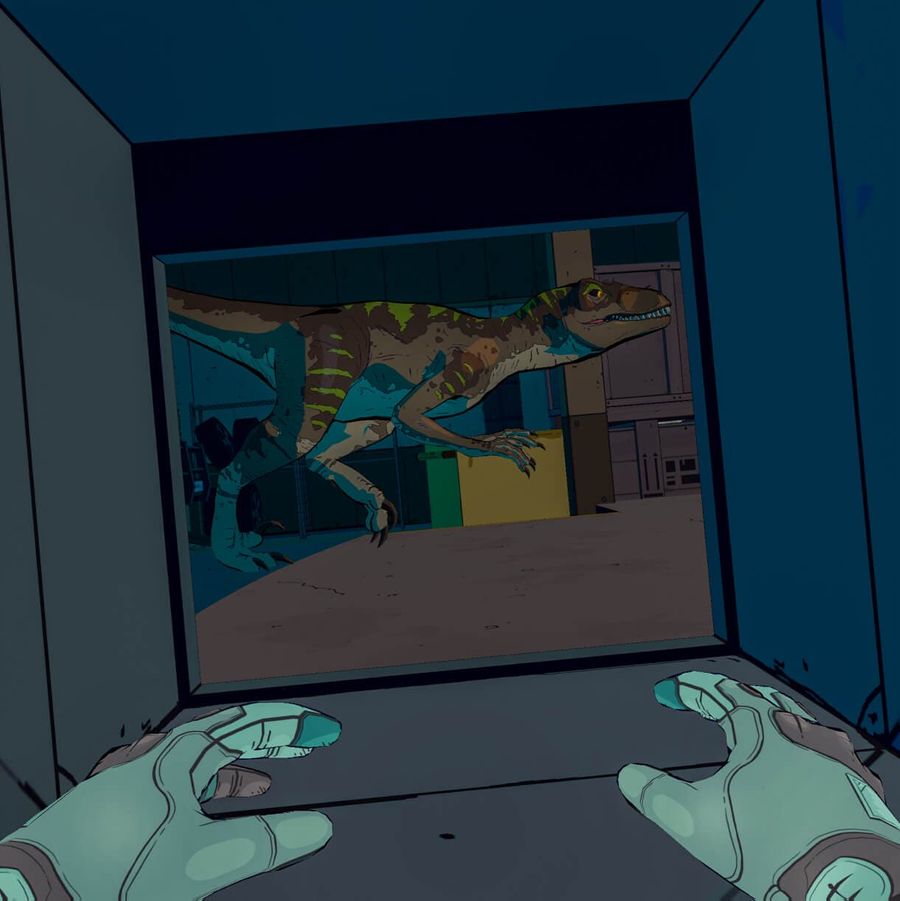 After three to four hours of hiding from velociraptors, you’re subjected to a abrupt cliffhanger ending, advising you to wait for the second part later this year. Still, at least it’s free, right? Nope. Aftermath‘s creators have the gall to give you a half a game, expecting you to pay just to see it through.

Jurassic World Aftermath dearly wants to be Alien: Isolation with dinosaurs. It does benefit from being in-your-face, and there are a few scary scripted moments. But for all the velociraptors it throws at you, it’s a disappointingly toothless experience. You’re best off sticking to the movies and giving this one a miss.

Jurassic World Aftermath is available on Oculus Quest. We reviewed it with a code provided by the publisher.