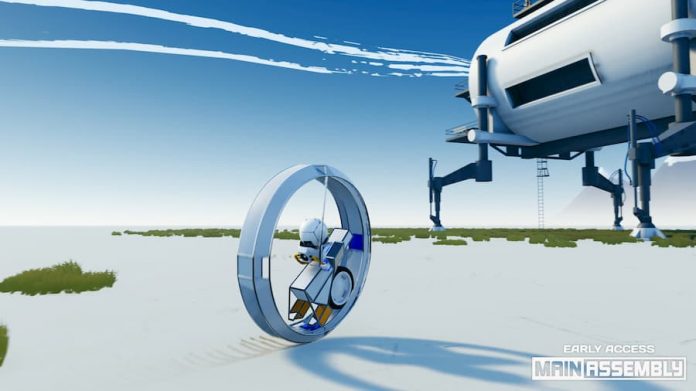 Beauty is in the eye of the builder.

Robot-building creative sandbox title Main Assembly has rolled its way out of Early Access today. Players can now put their creative caps on and construct amazing and intricate machines and robots. And the full game lets you do this in more ways than you ever could before.

In Main Assembly, you’re the designer, engineer and architect tasked with creating incredible robots to help you complete tasks and perform specific actions.

The game’s Final Frontier content, which launched alongside Main Assembly‘s full release today, introduces zero gravity to the game. A new sandbox map even includes a space station for players who have always dreamed of living in space. Players can also expect a new space-based challenge level and the ability to add rocket engines and lasers to their beautiful creations.

Throughout its period in Early Access, Main Assembly has undergone a lot of changes that made it what it is today. Features players can expect include aquatic systems, new environments, bot brawls and more.

We previewed the game in Early Access last year, and found it to be a lot of fun. Sure, the aim might be to create amazing things, but unsuccessful creations can be just as fun. And now in full release, the sandbox tools allow for even more zany creativity.

If you’re looking for a game to test out your creative building skills, there’s no better time to jump into Main Assembly. It’s available now on Steam, with 20% off until 2nd February.

Check out the new launch trailer below.