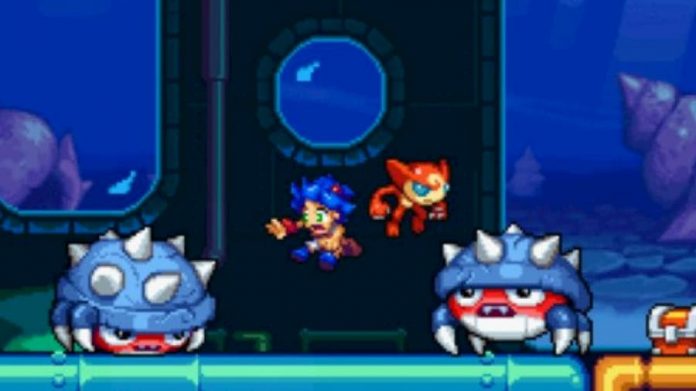 A beloved Nintendo DS game is headed to modern platforms.

Dreamrift, the developer behind the Nintendo DS classic title Monster Tale, has announced that the game is headed to current platforms later this year.

Monster Tale combines classic puzzle/platforming gameplay mixed with metroidvania elements. You play as the human/monster duo Ellie and Chomp as they work together to save their world from the evil Kid-Kings and help Ellie get back home.

As players explore the world as the human Ellie, they’ll unlock new abilities. You can then use those abilities to overcome future obstacles. And, of course, you’ll train Chomp along the way teaching him to evolve and help her on their journey.

Monster Tale earns massive nostalgia points with its 2D pixel artwork. It originally released on DS back in 2011, but its art style and gameplay is heavily reminiscent of classics from the 1990s.

There isn’t an release date for Monster Tale just yet, but Majesco Entertainment and Dreamrift have said to expect it in 2021. Exactly what “modern platforms” it’ll be coming to is also still to be confirmed, but PlayStation, Xbox and Switch feel like safe guesses.