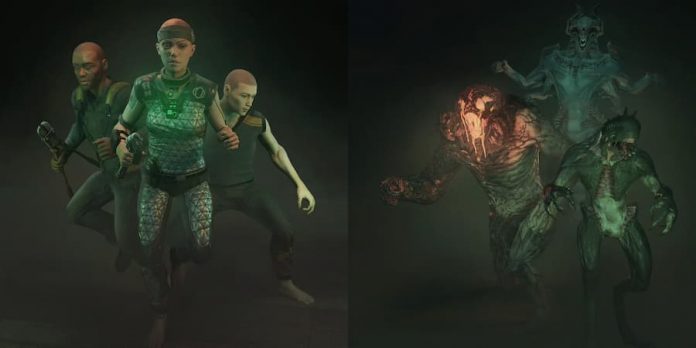 While the original Monstrum was a single-player only game, trapping you on an ocean liner with a beast nipping at your heels, Monstrum 2 is multiplayer only, supporting 2-5 players. Like the original, it blends stealth with straight up survival horror, but in this case you’re facing down a human-controlled monster, controlled by another player. And instead of an ocean liner, you’re roaming around a steampunk-style research facility

Puzzles also factor into the game; whether having other players ‘help’ you, we suspect, depend on who you end up working with. We’ve yet to dive into Monstrum 2 but we’re imagining a particularly bloody version of the Crystal Maze, only instead of being locked in, the monster wears your spleen as a hat.

Developers Junkfish have a range of tweaks, changes and bugfixes planned including “Monster won’t spawn next to prisoners”. We’d sooner have that left in, if we’re honest; imagine a Friday the 13th movie ending in five minutes because Jason is right there in the camp counsellors’ car.