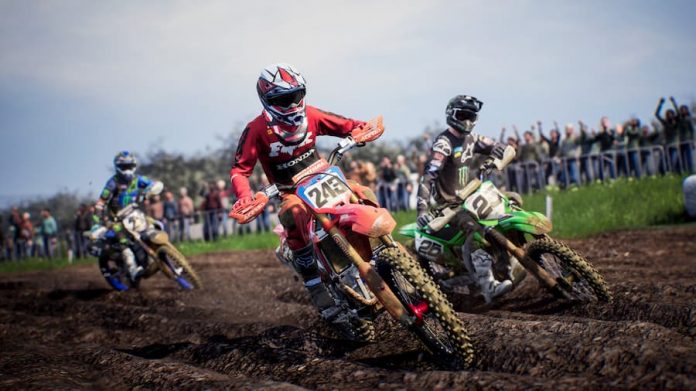 Another year, another MXGP game. Though MXGP 2020 is the first to appear on a next-gen console.

Released on PS4, Xbox One and PC in December, the wait for the PS5 version of MXGP 2020 has been very short indeed. Disappointingly, if you’ve already picked up the PS4 version of the game, it doesn’t seem like there will be a free upgrade path to this enhanced version should you be lucky enough to own a PS5 or are planning on picking one up further down the line. And with 60fps and up to 4K support, the PS5 version of MXGP 2020 is no doubt the best there is.

In terms of modes and features, MXGP 2020 throws up no surprises. Career mode is the same barebones experience as it was last year, letting players make their way through an MX2 season before progressing to MXGP. Along the way, they can either race as part of a team, or go it alone, choosing sponsors to work with as a source of income. Choose the latter and you can also customise your bike and rider gear as you see fit, making it a somewhat deeper and more enjoyable experience.

Outside of the career there are the usual Time Attack, Grand Prix, and Championship offerings, as well as a Track Editor. A new Playground is included, too, but once again there isn’t a great deal to do in it unless creating your own checkpoint races excites you. It is very scenic, though. In the long-term, it’s MXGP 2020‘s online multiplayer options that are likely to keep players going back for more, even if they are rather basic.

Thankfully, improvements have been made where it really counts: MXGP 2020 is the best playing game in the series yet. The bikes feel more responsive than ever, you have more control when in the air, and opponent AI has been noticeably improved. Each and every race feels more authentic and enjoyable as a result. The doubling of the framerate over previous console versions obviously plays a role in the improvements, though there are rare moments where 60fps can’t be maintained. It’s probably a bug that can be ironed out, but I’d say that about one in every five races threw up a short period where slowdown would occur for no obvious reason. 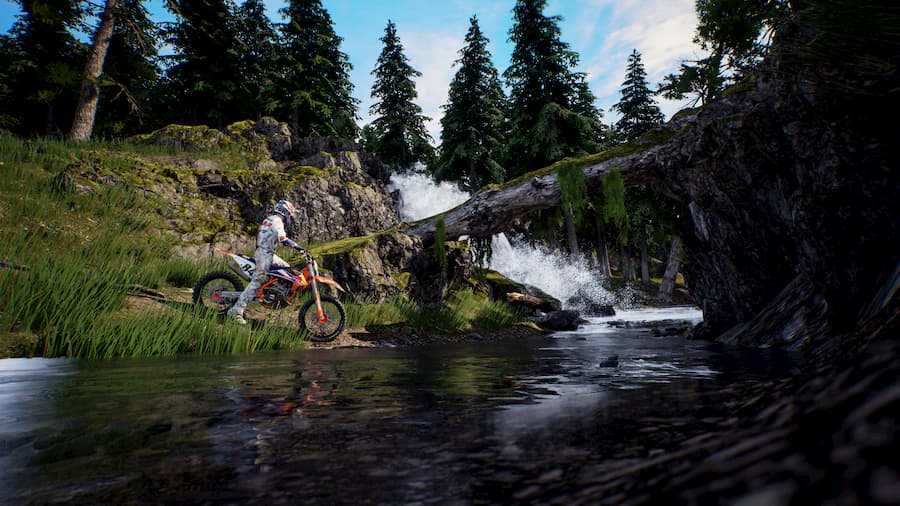 Thanks to the PS5’s SSD, loading times are dramatically reduced, leading to more time spent racing in any given gaming session. DualSense support has been implemented too, though it’s nothing to shout about. Rather than give you subtle feedback like the brilliant WRC 9 does, it simply bombards your hands and fingers with constant vibrations. I had to turn the trigger feedback down to low after just one race because it felt like it was getting in the way of me actually enjoying the game. Even on low, however, it could make your accelerator finger hurt after a lengthy playing session.

Aside from the gameplay and loading times, another area where MXGP 2020 is noticeably improved on PS5 is of course in the visual department. We’re getting to the point now where racing games pretty much look real, and that’s very much the case with MXGP 2020. The lighting is wonderfully realistic, the mud looks suitably messy, and character models are yet more human-like. Perhaps the biggest change, however, is just how many spectators there are at the side of each track, giving events much more atmosphere. There’s still room for improvement, but for the first entry on next-gen consoles, you won’t be disappointed. 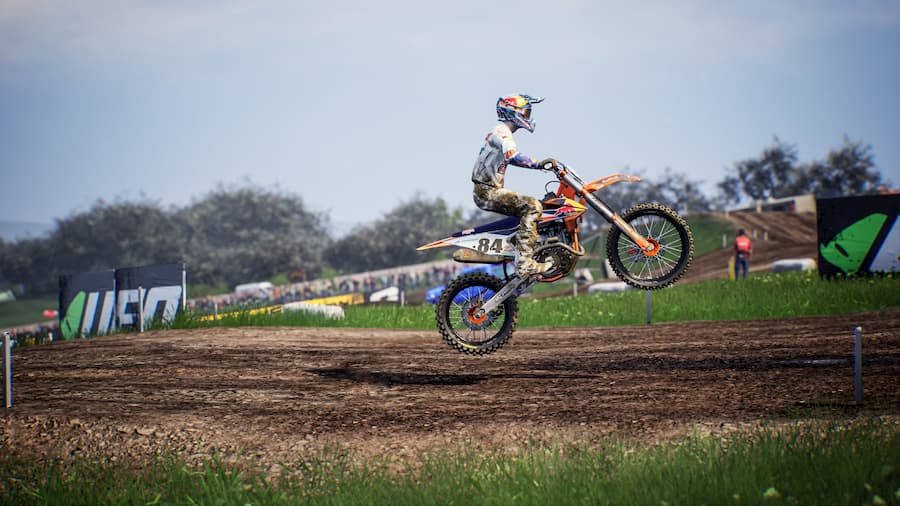 A final thought; the difficulty of this year’s MXGP release seems to have been heightened at the lower end as well. Shockingly, as a newcomer, you might find yourself being challenged by your computer-controlled competitors even with their AI set to Very Easy. I tried the same race with the AI set at Very Easy and Realistic and there didn’t seem a vast amount of difference between them. In any case, there are so many assists to tweak and other features designed to help players find their feet, such as Rewind, that MXGP 2020 still remains accessible to all skill levels.

If you have a PS5 and a love for motocross racing, MXGP 2020 is a bit of a no-brainer, really. It’s undoubtedly the best looking and playing game in the series yet. With no real new modes or features, however, casual players may want to think twice before splashing the cash, especially if they own last year’s MXGP 2019. It’s about time Milestone at least injected more depth into the career mode, as the series is becoming a little stale.

MXGP 2020 is available on PS4, PS5, Xbox One and PC. We reviewed the PS5 version with a code provided by the game’s publisher.