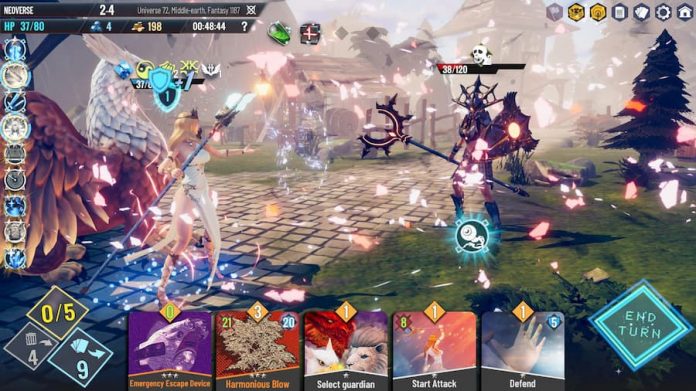 Transcend time and space in Neoverse.

After receiving thousands of Overwhelmingly Positive reviews on Steam, South Korean developer Tino Gamez is releasing its title Neoverse on other formats. It’s available on Switch from today, and will be coming to PS4 in February.

Neoverse is a time-warping game set in a multiverse. It combines both Rogue-like and deck-building elements to create something unique. In the game, players can create their own decks with 300 cards and over 100 skills. As you play, you’ll choose from three different characters, each with their own skills and abilities. Using the characters’ skill trees you can weave your abilities in any way you wish.

During the game you’ll encounter over 70 types of monsters that need to be defeated in order to save the world. Each time you play your adventure will be different from the last, making Neoverse infinitely replayable. And the game’s customisation options let you strategise in multiple different ways as well.

Sound like your sort of thing? Neoverse is available on Nintendo Switch from today, costing £17.49/$24. It’s also available right now on PC and Xbox One. A PS4 release is also lined up for next month.

Jump into Neoverse right now to see what all the positive reviews are about and start transcending time and space. Watch the Switch launch trailer below.