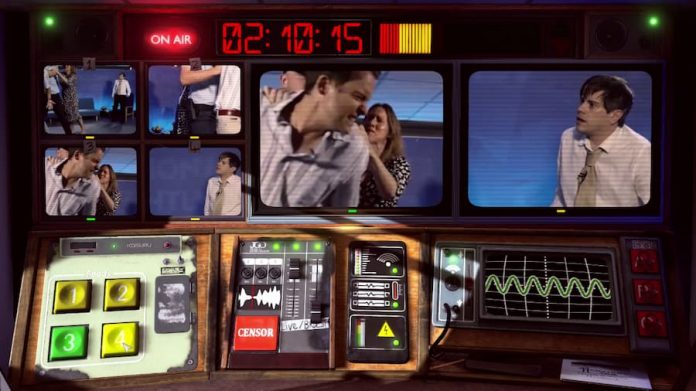 Not For Broadcast’s second episode is out now for anyone who’s purchased the Early Access newsroom sim.

“Hang on a minute… second episode?” you might be thinking if you’ve already played the game’s second and third chapters. Yes, Not For Broadcast has had Lockdown and Telethon updates, both of which added proper FMV content to it.

The difference is, those two chapters, while entertaining, were there to give Not For Broadcast’s supporters something to play. They didn’t advance the plot that began with the game’s very first episode. Episode 2, on the other hand picks up where Episode 1 left off, with the country in the hands of a left-leaning government who, while apparently well-meaning, are determined things will be done their way.

Episode 2 sees you, as a newsroom controller, charged with making sure the broadcast goes out, dealing with any glitches or potential interruptions. Naturally, there’s a huge dose of humour since Not For Broadcast is, ultimately, satire. But you also decide how the public perceives those on screen and your actions in Episode 1 will have real consequences. On top of that, there’s a more personal story going on between you and your family, likely to hit much closer to home.

You can check out the trailer below and get the latest episode through Steam Early Access.