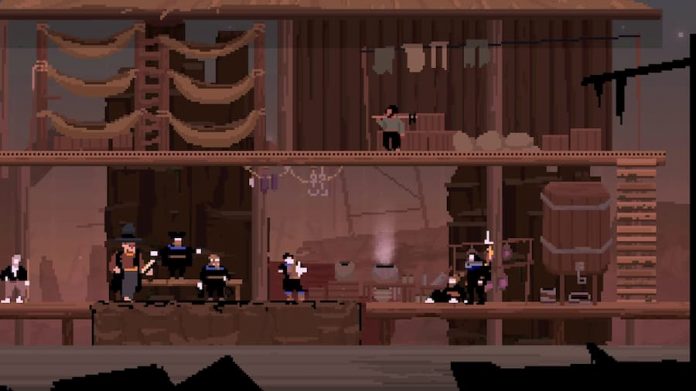 You’re Faraday, and your world has just fallen apart.

Finding yourself shipwrecked on an island, you learn of a legendary harpoon. It’s not going to magically solve your problems, but it’s going to help make the quest that’s laid out in front of you much easier. Returning to your homeland isn’t going to be simple, you see, so having this mysterious harpoon in your possession is the only way forward. And so, with your first quest being to recover the harpoon, the tale of Olija begins.

Coming to PC and consoles on 28th January, Olija is a side-scrolling action-adventure game from developer Skeleton Crew Studio. It’s being published by Devolver, and from the moment you turn it on, it oozes the particular charm that only Devolver games possess. Its 2D visuals appear simple at first glance, but there’s a depth to the environments that makes them a pleasure to explore.

Starting out in Olija, you have only a simple dagger to attack with. Still, it’s all you need to defend yourself. But once the harpoon is in your hands, combat becomes an entirely different ball game. With the press of a button, you can throw your harpoon at an enemy, and pressing the button again sends you flying at them, causing damage upon impact. As you progress, you’ll amass various other weapons too. Before long, you’ll have a thin sword that can cause greater damage, and a crossbow to hit at range. With multiple tools at your disposal, combat is fast-paced and varied. 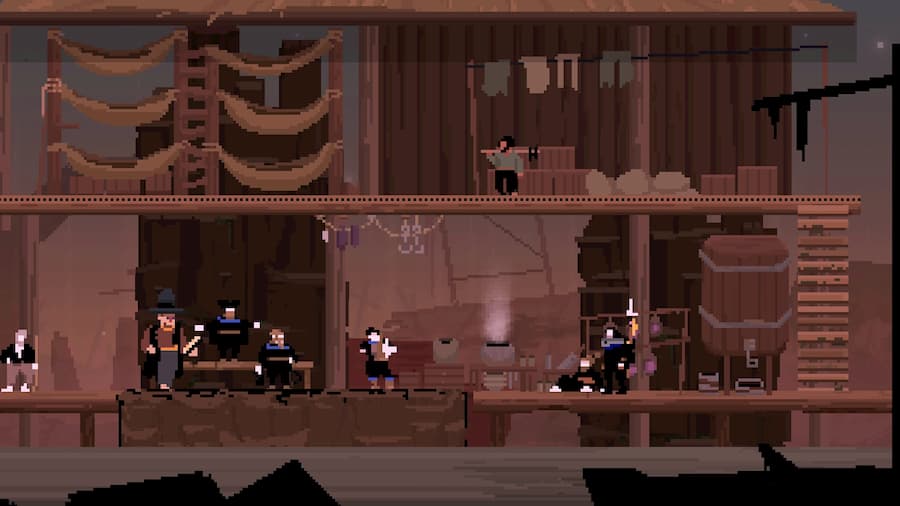 Your harpoon isn’t just for combat, though; it’s very useful for traversal, too. You can run and jump in Olija, but once you’re equipped with your harpoon you can propel yourself from one grab-point to the next, allowing you to get to out-of-reach areas. It’s a fluid and joyful manoeuvre that makes exploring this pixelated world a lot of fun.

Not that Olija is a joyous and light-hearted adventure; its world is a dark and foreboding one. Expect to be greeted by hanging corpses, and while strange and mysterious temples await your exploration, nothing within them is particularly pleased to see you. With your harpoon in hand, however, you’re ready to take on whatever Olija can throw at you. 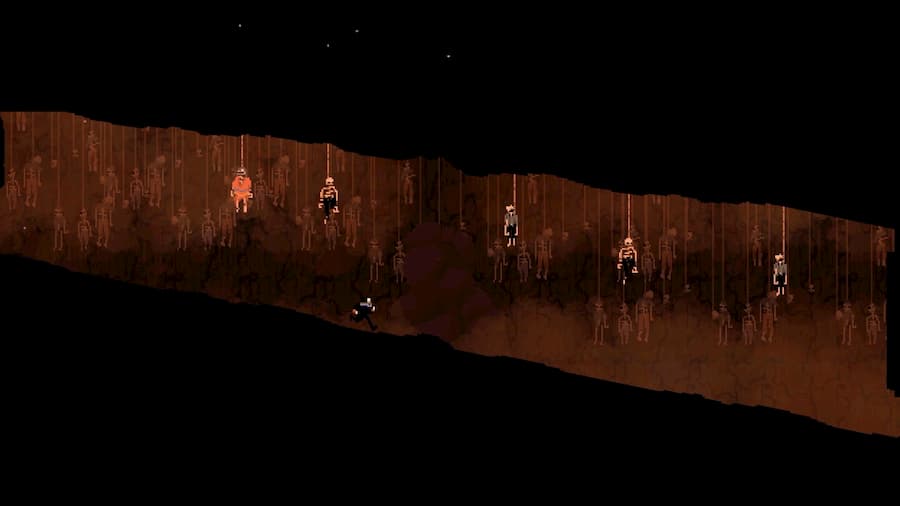 I’ve only spent a couple of hours with Olija so far, but it’s safe to say that I’m invested. Its ruinous world has its hooks in me and, as Faraday, I can’t wait to see what else awaits. You haven’t long to wait either; Olija will be available on PC, PS4, Xbox One and Switch on 28th January.