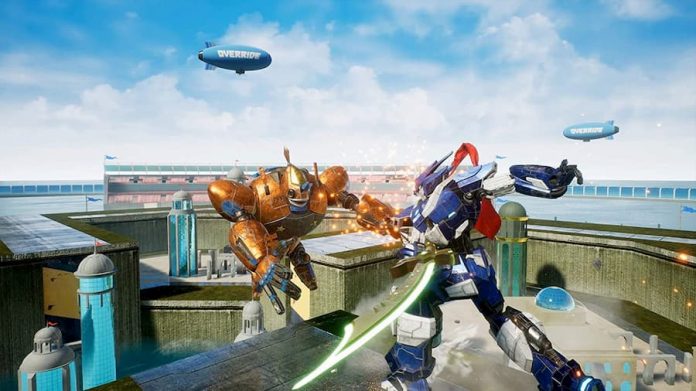 Pitting mechs against each other in combat should be fun, and it is in Override 2: Super Mech League. Sometimes, at least.

The follow up to The Balance Inc’s Override: Mech City Brawl, which was so well received that publisher Modus Games acquired the studio in 2019, Override 2: Super Mech League makes some pretty substantial changes to the formula. Story mode is gone, for example, and so is the option to team up with friends and take control of one giant mech altogether. The combat has been simplified, too, making it a little more accessible to newcomers while still remaining fun. For the most part, anyway.

The usual Quick Play and Versus modes allow players to get straight into the action without any faff. There’s a roster of 20 excellently-designed mechs to take control of, each one as unique and colourful as the last. An Ultraman Season Pass is also available for those who want to add a further four Ultraman characters to the roster. Factor in nine stages in which to do battle and multiple match types, and you have the sound basis for brawler that’s easy to pick up and play. Although many will find the combat arenas a little on the small size and a bit bland.

For long-term fun, players are expected to dive into League mode. Replacing story mode, this is where players start at the bottom and make their way to the top, with an agent guiding them along their path. Initially players start with a choice of five mechs to take into either 1v1, 2v2 or 4-player Brawl matches. Whichever you choose, the game will try to match you with others for some online action, but you can always press a button to simply fight against bots instead. Once you’ve made enough of a name for yourself to unlock your garage, however, League mode truly begins when you purchase your first mech. 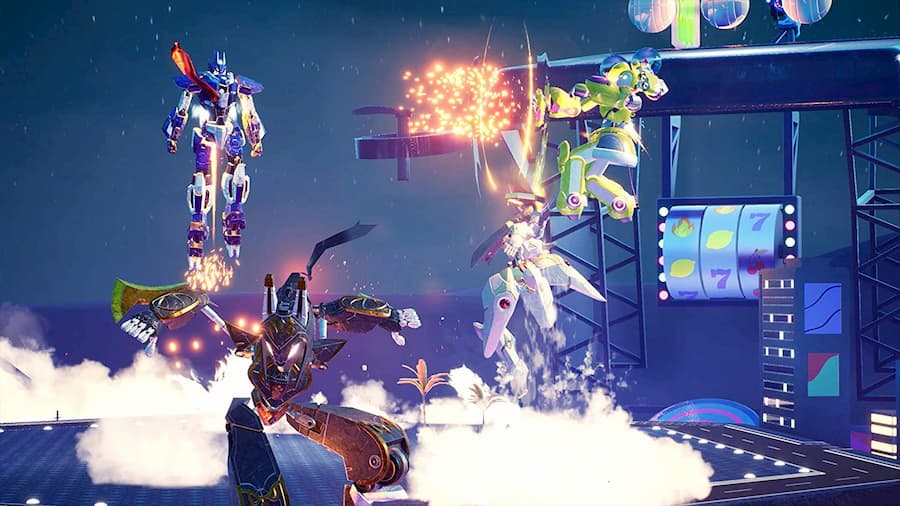 Once you’ve acquired your own mech, you’ll find that you can only use that one to enter further League matches unless you buy yet more. They’re fairly inexpensive though, so you can quickly unlock your favourite mechs and begin to customise them if you wish. Don’t go getting any ideas about improving their capabilities, however; the changes you can make are purely cosmetic. Changing the colour of a mech’s parts and adding accessories is about as deep as it goes. Still, it provides some impetus to keep battling and earning money.

While League mode does get more interesting once you’ve turned pro and gained access to multiple leagues to make your mark in, it still somewhat feels like a slog. Sponsor challenges that pop up from from time to time are extremely dull, challenging you to complete tasks such as grab an opponent 100 times in 30 minutes, or perform 5 Ultimate attacks in 10 minutes. As a result, they make the following matches feel like an exercise in ticking boxes, providing you actually want to complete them and earn some extra money. There’s also the fact that less than two weeks after release, it’s nearly impossible to get matched up with others online, so you’re left fighting bots that are generally dumber than a bag of bricks. 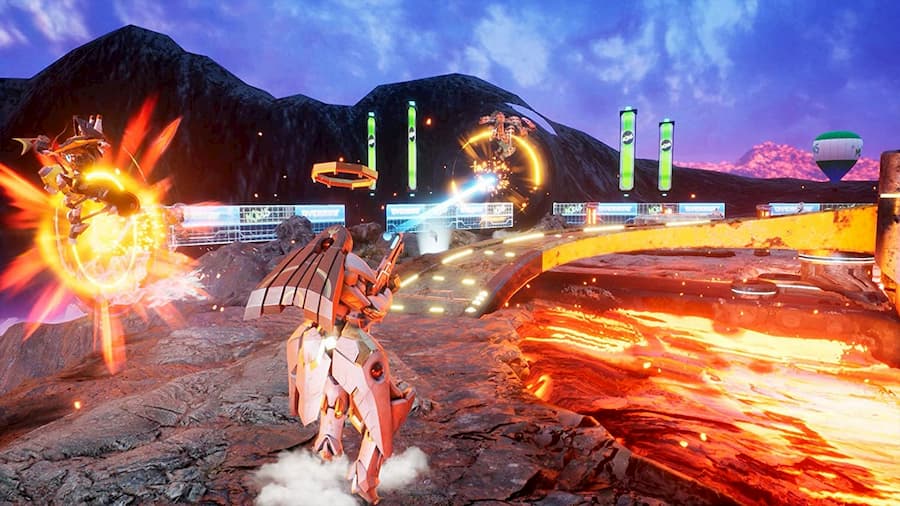 It’s a shame, really, as when you’re playing Override 2: Super Mech League with actual human opponents it can be a real laugh. It’s bold and bright and colourful, and the controls are easy to get to grips with and responsive. Also, it’s fun picking up a frying pan and whacking an opponent repeatedly with it. Get a group of friends together to play and you really will belly laugh. In Versus mode those friends can be either local or online, too. What you can’t do, however, is group up with them to take on League mode. It would have made the mode much better if so. Instead, you’re left to either go solo against bots, or if you’re lucky, other random players in a similar boat.

Available on pretty much all formats including next-gen consoles at a budget price, there’s lots to like about Override 2: Super Mech League. The core of it is basic but solid. Ultimately, though, it’s let down by League mode which becomes a repetitive slog way too quickly. It’s also disappointing that you can’t easily party up with friends in any mode other than Versus, where you’re stuck fighting against each other or the CPU. If you find solace in repetition, or have a group of friends that regularly get together and would enjoy some mech-based mayhem, definitely consider picking it up. Otherwise, you might want to give it a miss and see if it’s improved further down the line.

Override 2: Super Mech League is available on PS4, PS5, Xbox One, Xbox Series S/X, Switch and PC. We reviewed it on Xbox Series X with a code provided by the game’s publisher.