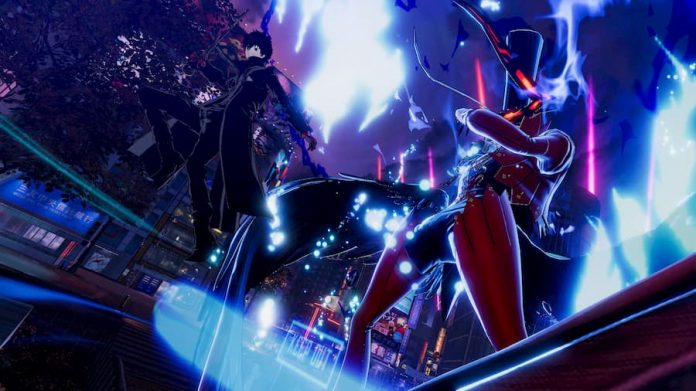 Don’t let Dynasty Warriors developer Omega Force’s involvement in Persona 5 Strikers lead you believe that it’s going to be a mindless hack and slash affair. Honestly, it’s so much more than that.

Taking place some time after the events of the original game, Persona 5 Strikers unexpectedly finds the Phantom Thieves getting back together once again. You see, public figures have recently been behaving out of character, leading the police to believe that they’re back up to their heart-changing antics. They’re not, or at least not yet, but a chance encounter with a superstar on the rise is soon to result in them donning their masks and visiting the Metaverse once again. And just when they were all planning on going on a jolly vacation.

In a new twist, the Phantom Thieves access the Metaverse via EMMA, an AI assistant app on their phones. Another AI becomes their latest member, too; meeting Sophie on their first visit to the new Metaverse, her desire to be “humanity’s companion”, quirky charm and sheer usefulness soon gets the crew to open their hearts to her. And honestly, they’ll need all the help they can get, because their first target, fashion designer Alice Hiragi, is a bit of a handful. Plus, things are a bit different in this new Metaverse. The team can’t totally rely on their past experiences to get the task done.

I’ve been hands-on with the first seven-or-so hours of Persona 5 Strikers, and I can tell you that it’s a Persona game through and through. Story is at the forefront here, and while I’m still early into the game, its narrative already has its hooks in me. The translation seems great, and while many players are likely to opt for Japanese voice acting, the English option is also of very high quality. And if you’re not really accustomed to the series but the idea of a more action-based Persona floats your boat, don’t worry; being a totally separate story from the main game, you don’t need to have played Persona 5 or the enhanced Royal Edition to enjoy it. You will will get more out of it if you have though, of course.

From the opening hours, it appears that Persona 5 Strikers is a game of two halves, as per usual. In the real world, you’ll largely spend your time talking to your friends and progressing the story forward. You’ll find yourself exploring the streets of Tokyo, with errands such as information gathering and preparing for dangerous trips to the Metaverse breaking up the dialogue. It’s important to talk to your friends in order to increase your Bond level, too, as it can provide a variety of bonuses that are very useful indeed. As enjoyable as it is chatting with your Phantom Thieves cohorts, however, it’s when you journey to the Metaverse that Persona 5 Strikers really comes into its own. 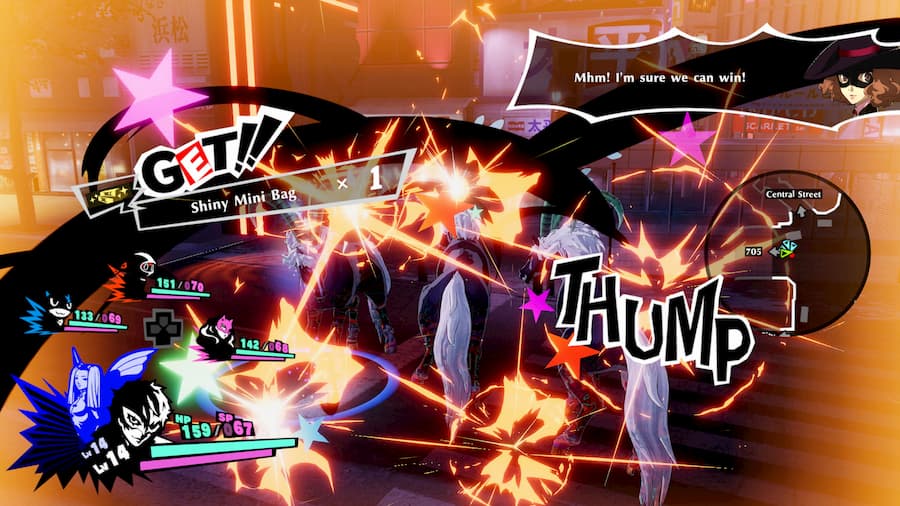 Palaces are out and Jails are in, and they’re not simply battle arenas in which you defeat a thousand enemies or so before moving onto the next. These Jails are like old-fashioned dungeons, with multiple areas to explore, switches to pull, puzzles to solve, and chests to plunder. There are battles to be had though, of course, but you’re steered towards taking a stealthy approach to instigating them. Shadows patrol the streets, keeping an eye out for intruders, and by dashing to hiding spots or sneaking up behind them, the Phantom Thieves can ambush them, making a pre-emptive strike. In many cases it leaves the enemies stunned, allowing a devastating All-Out attack to be used which wipes out most small fry.

Get detected by a Shadow, however, and it’s you who’ll be on the receiving end of a pre-emptive strike. There are other times where you can’t get one up on your enemy as well, such as when facing off against a powerful guard, or when protecting Futaba while she hacks a device for your benefit. For the most part, combat isn’t too trying on normal difficulty, though an element of strategy is required when battling anything other than the simplest of melee-based opponents. And when facing off against sub-bosses and more powerful Shadows, you’ll often need all of your wits to emerge with your party intact.

Persona 5 Strikers bears some of the hallmarks of Omega Force’s Warriors series: you have standard and special attacks; often face off against a vast quantity of enemies at once; and filling a gauge allows a powerful Musou-like Showtime attack to be used which pretty much clears the screen of standard enemies. There are a number of intricacies, however, that truly make it stand out. Perhaps the biggest is the Persona skill system: by holding the right bumper, time is momentarily paused as you peruse the skills available to you thanks to your equipped Persona – after aligning your skill to make the most impact, all it takes is one button press to resume time and put it into action.

While all of the Phantom Thieves are available for you to take control of, only four can be in your active party at any one time. They all have their own quirks that make them better-suited to certain situations, and you can quickly switch between the members of your active party with the d-pad. In fact, during combat, they’ll often shout out if they’re in an advantageous position, prompting you to switch to them. Aside from that, they’ll often also call out useful information, such as enemy weaknesses, allowing you to capitalise upon them. On top of all the other systems, including one which allows you to follow up certain attacks, the combat of Persona 5 Strikers can perhaps seem overwhelmingly chaotic at first, but soon you grow to appreciate its depth and RPG-like elements. 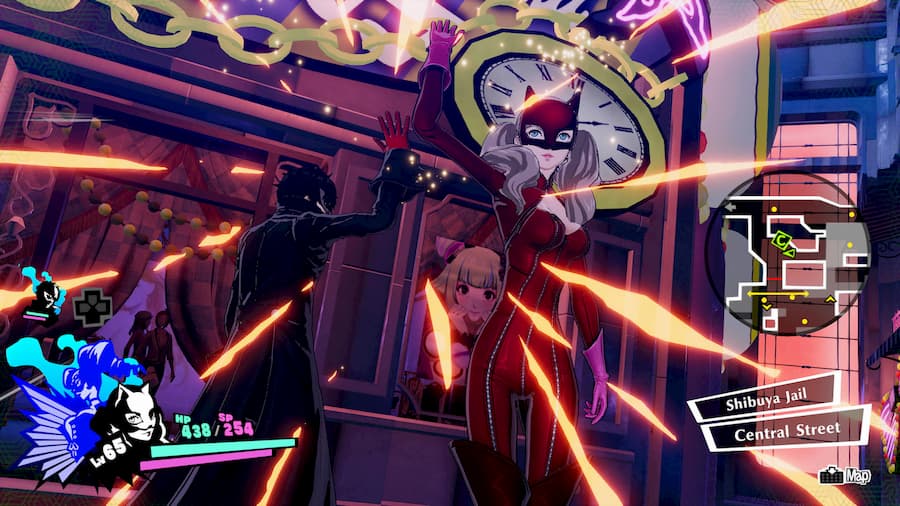 In my time with the game up to now, I’ve only have two real grievances with Persona 5 Strikers. Firstly, the camera system: it doesn’t always give you a great view in combat, leading to you occasionally being attacked from off-screen. The camera issue leans in on the second grievance as well: an uneven difficulty level. On normal difficulty you’ll overcome most random encounters without even making an effort. Fights which pit you against more than just standard grunts, on the other hand, are enjoyably challenging, and so are the majority of boss/mini-boss encounters. But there’s a chance you might encounter the odd foe that unexpectedly wipes the floor with you – we’re talking one hit K.O. At that point, it’s either time to grind, or lower the difficulty to Easy, which is basically Story Mode.

On the whole though, these issues do little to sully what an engaging and often electrifying experience Persona 5 Strikers appears to be. With a story that already has me on tenterhooks, and gameplay that’s varied, energetic and surprisingly deep, I can’t wait to delve further into it. The Phantom Thieves are back, and they’re ready to steal hearts once again. 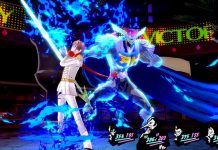