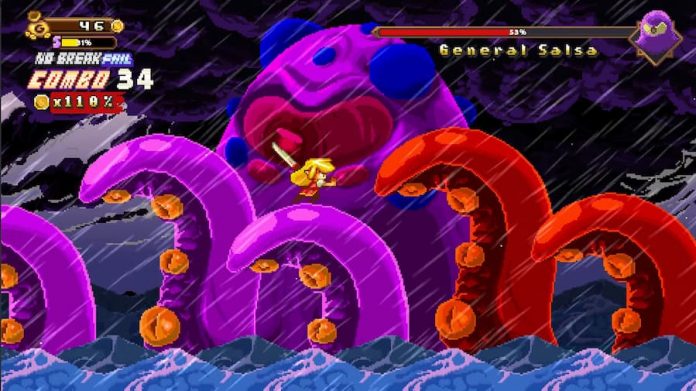 Modern platform games are great, but sometimes you just long for a taste of nostalgia.

That’s what Storybird Studio’s Golden Force, out now on Switch, aims to give its players. It’s a brand new adventure, but one that’s delivered as if it’s straight from the 90s. Gorgeous retro-style visuals bring the game to life, with levels awash with colour and a myriad of wonderfully-designed enemies. The soundtrack is music to your nostalgic ears, too. You’d be forgiven for thinking you’re sat in front of a Mega Drive.

But it is still 2021, and certainly in terms of its gameplay, Golden Force feels fresh and exciting. Moving your character – of which there are four to choose from – is fluid and responsive, and jumping around, dashing through the air, and slicing your enemies is gratifying. Even more gratifying is the oozy splatters of blood that pool from enemies once you’ve finished them off.

One thing is for certain, though: Golden Force isn’t for the faint of heart. It throws you in right at the deep end and, until you get to grips with its mechanics, you can probably expect to die a few times even trying to complete its tutorial. I say tutorial; it’s a full-on boss fight. You’ll need to attack smaller enemies, dodge the incoming attacks of a giant sea-monster and eventually hop along its tentacles before unleashing fury on its face. With just five health points to your name and no check points, death comes all too easily if you aren’t fully paying attention. 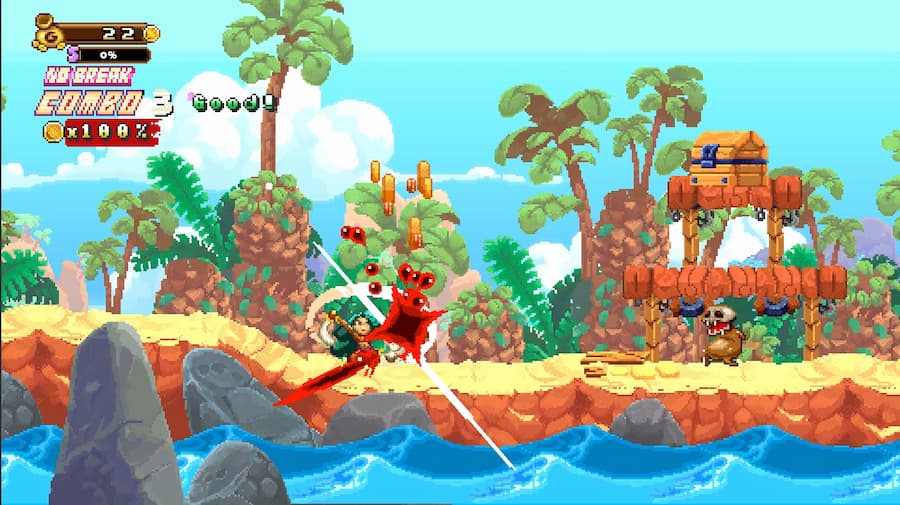 So, just like games of old, Golden Force rewards players for their persistence, accuracy and concentration. Checkpoints are sparse, so if you let your guard down you’ll find yourself needing to replay large chunks of a level over and over. But besting a level, and overcoming Golden Force‘s obstacles is hugely rewarding. You’ll earn coins as you play, which can be spent on various upgrades. As can collectibles that you’ll find hidden within each level.

Available now on Switch, Golden Force is well worth a play if you’re itching for a good, old-fashioned platformer. Just be ready for a tough trial on your hands.