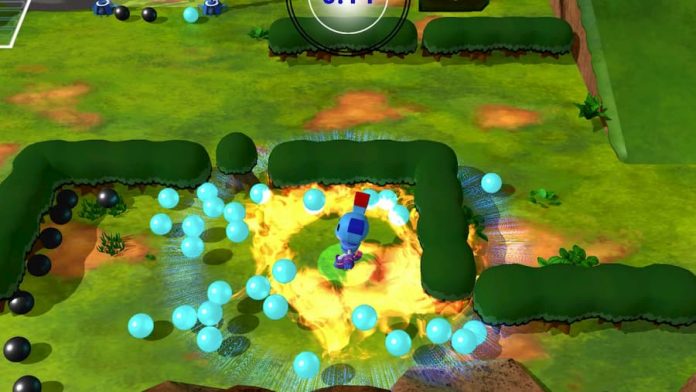 Sony Interactive Entertainment Spain and Crevice announced today that their platformer/party game Waves Out! is available now on PlayStation 4. Waves Out! was originally part of 2017’s Global Game Jam and has now evolved into a fully fledged title available digitally.

In the game players control a Magnetin, which are similar to Hungry Hungry Hippos. Their bodies are magnetic and they’re able to attract small balls that are littered about each level. Each player has to try and collect as many balls as they can during each round.

Waves Out! has three different game modes: single player, 1v1 and survival. In single-player mode, players venture through 13 levels, collecting as many points as they can along the way. In 1v1, two players face off against each other and there are different win conditions for each level. Survival mode has players seeing how long they can survive with the ultimate goal of trying to beat their own high scores again and again.

Waves Out! is available exclusively for PlayStation 4 for $9.99 (and playable on PS5 via backwards compatibility). You can pick it up digitally now on the PlayStation Store.