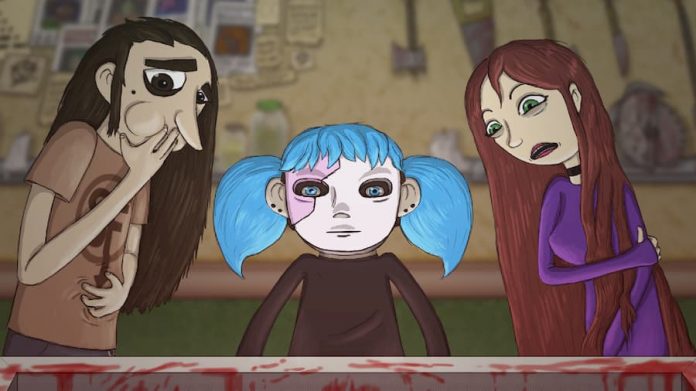 Released episodically on Steam between 2016 and 2019, Sally Face has now made its way to Switch as a complete experience. And what an experience it is.

A side-scrolling point-and-click adventure game, Sally Face casts you as the titular Sal, nicknamed Sally Face by other kids thanks to the prosthetic face mask he wears. From the outset, you know Sal has had a tragic and troubled past. At just fifteen years old, he’s lost his mother and he’s witnessed more death than anyone his age should have. But it isn’t until you make your way through the game’s five chapters that you get the full picture of just how dark Sal’s life actually is.

Despite his unsettling mask and the disturbing dreams you’re privy to, you’ll find yourself becoming attached to Sal. He’s incredibly creepy, sure, but he’s just a boy. Is he capable of heinous acts, or is he just misunderstood; forever in the wrong place at the wrong time? You’ll unravel more of Sal’s past as you play through, and plenty of shocks await.

Sally Face isn’t for the faint of heart. Despite its 2D cartoon visuals, a lot of grotesque imagery features throughout. Dead bodies, blood, disturbing creatures – and that’s all within the first episode. If you get a kick out of the macabre, there’s a heck of a lot to love here. But if you prefer your adventure games a little more light-hearted, then I’d recommend you stay away. 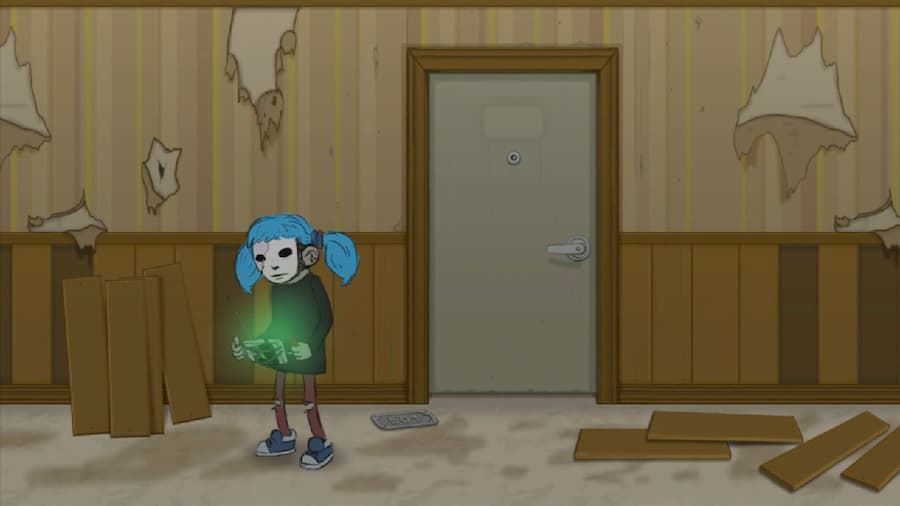 For those who do take the plunge, though, they’ll find an adventure that will grip them from the get-go. A disturbing dream opens the game, perfectly setting the tone for the rest of the game. Picking back up in reality, we see Sal move into a new apartment with his father. It’s supposed to be a fresh start – but with a murder scene right next door to them, Sal’s thrown into a dark world once again. And maybe it’s all a bit too much to handle.

With his new friend Larry, Sal begins to investigate the murder, but he finds more than he bargains for in his new apartment building. Many of the residents have their own stories to tell, and it seems they aren’t alone, either; Sal can communicate with ghosts. They may prove to be helpful to him, but only time will tell. 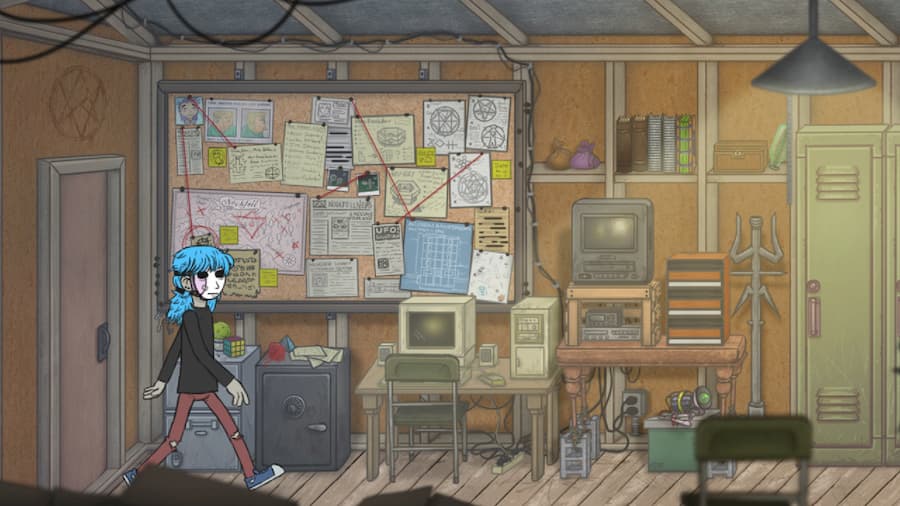 With all five episodes available in Sally Face‘s Switch release, it’s an intriguing and disturbing adventure that you’ll struggle to put down. And at just £11.69/$14.99, it’s worth every penny.

Sally Face is available now on Steam. It’ll be available on Switch from tomorrow, 21st January. Purchase it from the Nintendo eShop by clicking here.