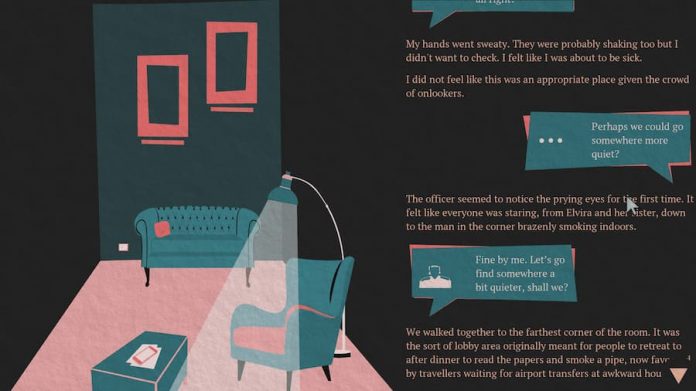 Narrative adventure Sarawak will pull you into its twisting tale right away.

Not many games are able to pull the player into the story so soon after it starts, but Sarawak is definitely not like other games. Releasing later this week and from developer Cowleyfornia Studios, the story of Sarawak is intriguing, mysterious and itching to be solved.

In the game, you take on the role of Mia. As soon as you jump in, you’ll have to answer questions from the police. Sitting across from you is an officer who believes that Mia’s mother might be involved in the death of a Professor. Players will have to decide, with no other information to go on, how to proceed with this line of questioning. Will you back up your mother, assuming she had nothing to do with the death? Or will you be suspicious yourself?

As you progress you’ll travel around Borneo’s Sarawak area as well as Oxford, England, uncovering clues and figuring out the mystery yourself. You’ll have puzzles to solve, too, but the majority of the game is text-based. The further you progress the more answers you’ll uncover. Unlike visual novels where you simply click through dialogue, Sarawak has players scrolling through the action. You’ll make choices to move the story forward, flipping from scene to scene. Each area is simplistic-looking, but beautifully illustrated. 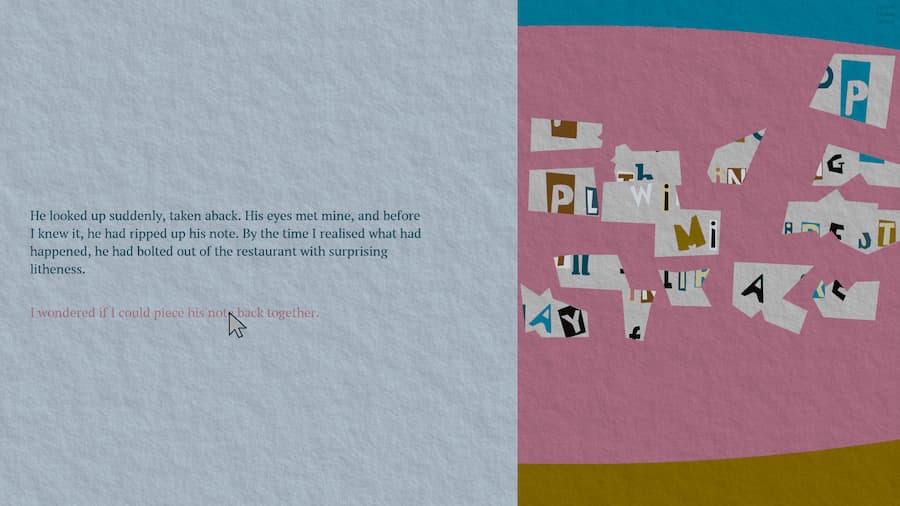 The game’s puzzles sometimes leave a bit to be desired; some of them are positively frustrating, but the majority of them can be solved in a matter of minutes. For those that like puzzle games and play them often, they probably won’t get stopped much. If you’re experienced, your first playthrough of Sarawak may only take two hours or so.

My time with Sarawak has been pleasantly surprising. With an interesting story and creative art style, it’s well up there as one of the more unique games I’ve played. It often gives off noir vibes; like you’re a great detective from the 1940s looking to solve a mystery. It wastes no time in pushing players into the heat of the story. While things slow down a bit here and there, Sarawak always pulls you right back in with a new piece of the puzzle.

Sarawak releases on PC (via Steam and itch.io) on 28th January. A Switch and mobile version is to come later this year. If you’re looking for a story-driven mystery with plenty of intrigue and fun, give this one a go.