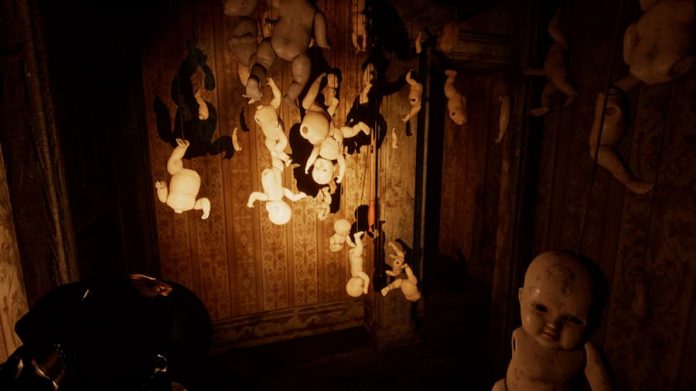 I don’t know about you, but if I woke up in a strange house and the first thing I saw was an Ouija board, no matter how well boarded up its doors and windows were, I’d be getting the hell out of there, pronto.

That’s the situation in which you find yourself in Cracked Heads Games’ Silver Chains, though of course, its protagonist doesn’t simply tear the house a new opening in order to escape before the spookiness starts. It’s understandable, because otherwise there would be no game, would there? Besides, after digging around the house for a short while, he begins to find evidence that maybe he has some connection to it. Having just crashed his car outside and then passing out, it seems very coincidental.

Released on PC in 2019, Silver Chains is one of the better horror games of recent years inspired by the phenomenal P.T. It’s taken its sweet time, but now it’s also available on PS4 and Switch. And, after playing through the game on PS4, it’s easy to see why it has “Mostly Positive” reviews on Steam, despite its obvious shortcomings.

Playing as Peter, Silver Chain traps you within a spooky abandoned mansion located somewhere in England. So you begin to explore, unaware of the horrors that you’re about to face. Even worse, you have no way to defend yourself. If, let’s say, a freaky – and rather hostile – woman appears and begins to head your way, all you can do is run and hide, then hope that her interest in you wanes so that she carries on about her business. And thankfully, such a threat isn’t persistent; Silver Chains likes to stress you out in small doses rather then trying to sustain a sate of heightened tension throughout its entire running time. 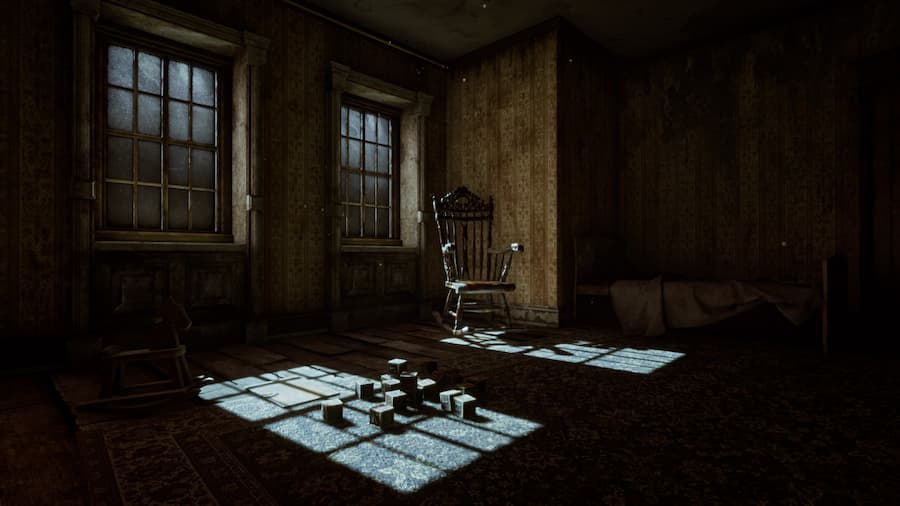 That doesn’t mean you can rest easy whenever a haggard old bag isn’t trying to have her wicked way with you, however. Through its dark visuals and clever use of audio, Silver Chains pretty much constantly put you at unease. As you make your way from one room of the mansion to another via first-person viewpoint you’ll be on tenterhooks, always wondering what’s around the next corner. Most of the time it’ll simply be another lifeless room for you to explore and maybe find a note or useful item in. Sometimes, though, it’ll be an effective jump-scare, or even perhaps a more direct threat.

Adding another layer to Silver Chains‘ gameplay is a smattering of puzzles. There’s your usual bit of object finding to be done and more, teasing your brain cells but rarely to the point of frustration. A poorly-explained monocle mechanic that allows you to see supernatural glyphs and other items of importance is likely to be the root of most of your issues with the game, while the solution to getting into one seemingly impenetrable room will probably have you slapping your forehead and proclaiming “why?” when you finally figure it out. 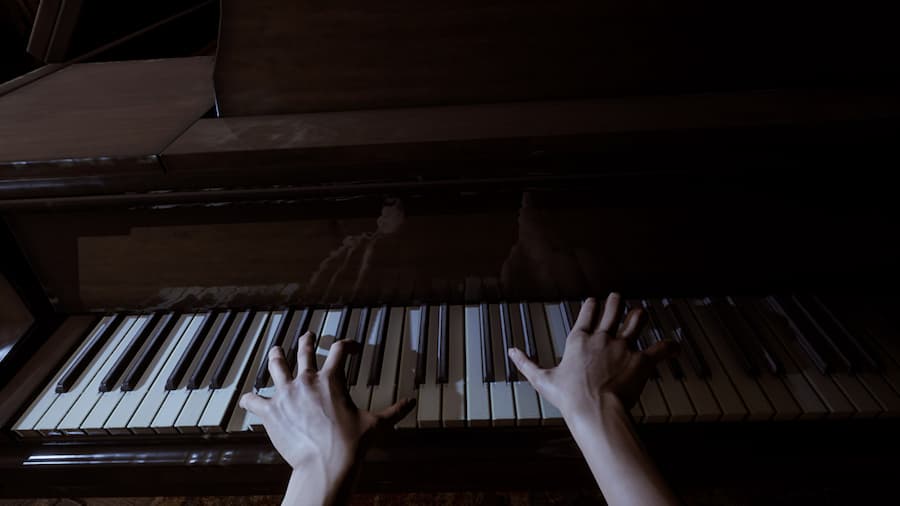 What stops Silver Chains from fulfilling its potential is its general budget feel. Its voice acting, for example, is passable at best, and the animation of the ghouls you encounter is a bit stiff. Towards the end of the game, it also becomes little more than a collectathon like so many others. That’s then followed up by an unfulfilling stealth section-meets-boss fight which ultimately leads to the ending of a story that piques your interest but never really grabs you. You’re more driven by your base desires to see what’s around the next corner and escape than the curiosity of the who, the what, the why and the how.

With a running time of five hours or less, Silver Chains provides an evening’s worth of entertainment for those seeking ample scares and little more. That is to say that it’s enjoyable, but not exactly rememberable. It stands out as one of the best indie-developed post-P.T. horrors, but as the credits roll you’ll still be lamenting the loss of Kojima’s potential horror masterpiece. At least Silver Chains is a complete game, however, available at a price that won’t send shivers down your spine.

Silver Chains is available on PS4, Switch and PC. We reviewed the PS4 version, played on PS5, with a code provided by the game’s publisher.