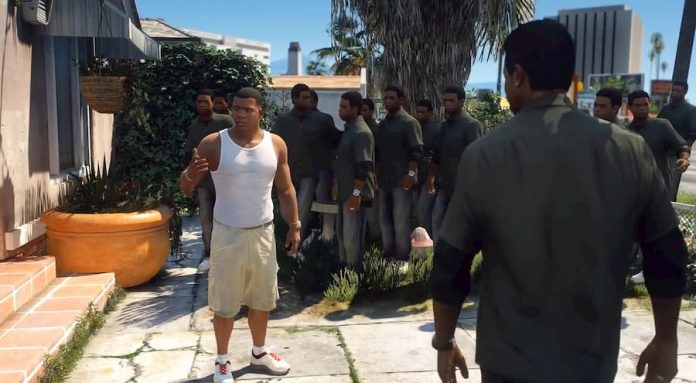 Remember that bit in Grand Theft Auto V where Lamar absolutely rips into Franklin? No, us neither but it’s become the subject of some glorious, glorious parodies.

Like Steamed Hams, there’s no obvious reason why this in-game cutscene has been seized upon. But various creative souls have taken to replacing Lamar with other characters (using the PC version of Grand Theft Auto V) and, in some cases, revoicing him to match. It’s a beautiful, beautiful thing and we don’t want to it to stop any time soon. We’ve seen Franklin roasted by:

A quick YouTube search for “Franklin roasted” brings up many, many more. Our absolute favourite, however, has to be a video from YouTuber HorseHeadHenry that sees a Skyrim city guard laying into poor Franklin. Maybe we’re just suckers for a game that’s been republished 52,215 times, but it starts with an arrow in the knee gag and just keeps getting better. Check the (non work-safe) video out below: