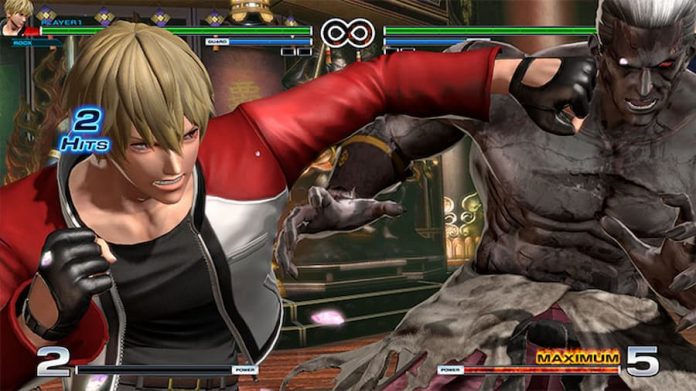 Launching The King of Fighters XIV Ultimate Edition on PS5, I was surprised at just how well it holds up considering it’s essentially a game that’s over four years old.

Thanks to a visual upgrade released after launch, plus PS4 Pro Support, The King of Fighters XIV is surprisingly good-looking. Character models are exquisitely detailed, and the screen is always awash with vibrant colours. Even better, it manages to please your eyeballs even further by running at a silky smooth 60fps. So, with the launch of The King of Fighters XIV Ultimate Edition, bundling the base game with all available DLC characters, costumes and 10 special PS4 themes, there’s perhaps never been a better time to play it. Well, maybe…

So, what do you get in The King of Fighters XIV Ultimate Edition? There’s a whopping 58 characters, as well as alternative outfits for 10 of them. They’re a varied bunch, ranging from martial artists otherworldly beings – there’s even a man who dresses like a dinosaur, imaginatively named King of Dinosaurs. And when it comes to stages, there are over 20 of them for players to duke it out on, making it one of the most content-rich fighting games available.

When it comes to modes, however, The King of Fighters XIV Ultimate Edition may disappoint some. Story mode, for example, is little more than an arcade mode with a couple of story scenes thrown in for good measure. Next to the story modes found in the likes of the latest Mortal Kombat and Injustice games, it fails to hold your attention in the long-term. And there’s another issue; you’re forced to play story mode with teams – there’s no making your way through it with just one character.

It’s especially perplexing when other modes, such as Time Attack and Survival, force you to play solo. Thankfully you can choose whether to play solo or team battles online at least. Well, as long as you take part in Free matches rather than Ranked. If you choose Ranked, you’re back to being entered into forced team matches. Just why not let players have a choice? Although choice is the least of players’ worries when it comes to playing The King of Fighters XIV Ultimate Edition online. 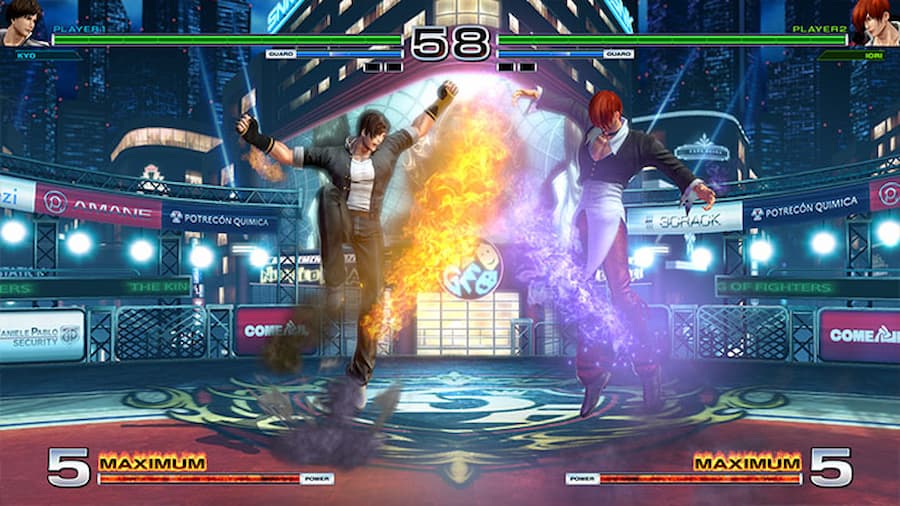 Basically, it’s dead. Delve into The King of Fighters XIV Ultimate Edition‘s online offerings and you’ll find it next to impossible to have an online bout with any permutation of settings unless you either have friends that own the game, or you land extremely lucky. So, anyone thinking of picking up The King of Fighters XIV Ultimate Edition must do so with the notion of playing it as a single-player game unless they have friends to play it with. That is, unless, it suddenly grows an online community again, but let’s face it, it’s unlikely.

It’s a shame, because The King of Fighters XIV Ultimate Edition really is a cracking fighting game that works well online and off. Taking inspiration from the latest Street Fighter games by merging 3D visuals with gameplay locked to the 2D plane has really paid dividends, bringing the series into the modern age. Its focus on team-based battles is refreshing, with players selecting three fighters to take into battle before assigning them an order. And unlike other team-based fighters where tagging in team members allows for the restoration of health and you can call them in for a sneaky assist, here, fights play out as simple one-on-one bouts until one team has been eradicated. 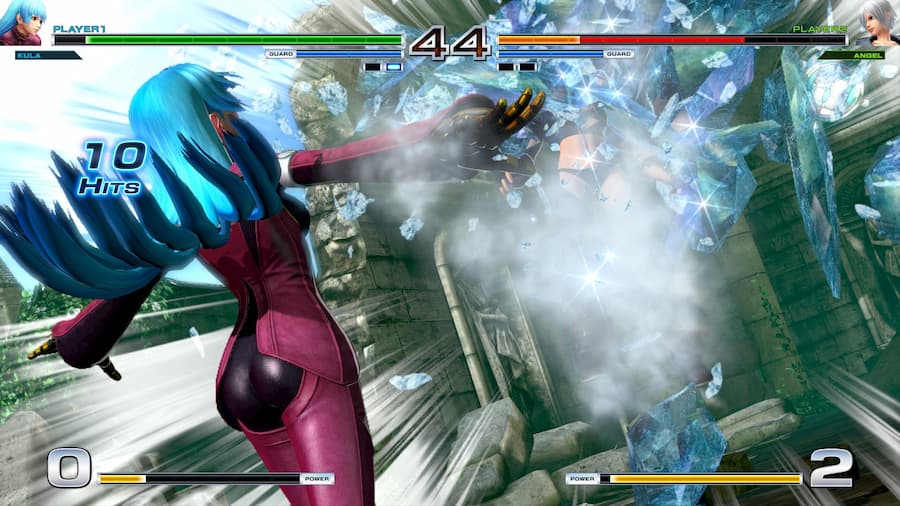 The combat itself is fast, fluid, and well balanced. It stays true to the roots of The King of Fighters series for the most part, with special moves performed with quarter circles and such-like, and a gauge that enables powerful super combos. A new Rush feature has been introduced, however, allowing players to pull off fancy combos by simply mashing the light punch button. Serious players will likely turn their nose up at the mere thought of it, but it’s great for new players just finding their feet. And there are, of course, many more advanced features for players to get their head around and master.

Ultimately, The King of Fighters XIV Ultimate Edition is an excellent fighting game which is seriously handicapped by the fact that no-one seems to play it online anymore. Thankfully it has enough to entertain on the single-player front, but some players may be disappointed by the lack of a real story mode, and the absence of a solo/team select for it and the accompanying single-player modes. So, if you have one or more friends that also love fighting games and don’t mind buying a copy, go for it. Otherwise, think long and hard before splashing the cash.

The King of Fighters XIV Ultimate Edition is available on PS4. A code was provided by the game’s publisher to facilitate this review.