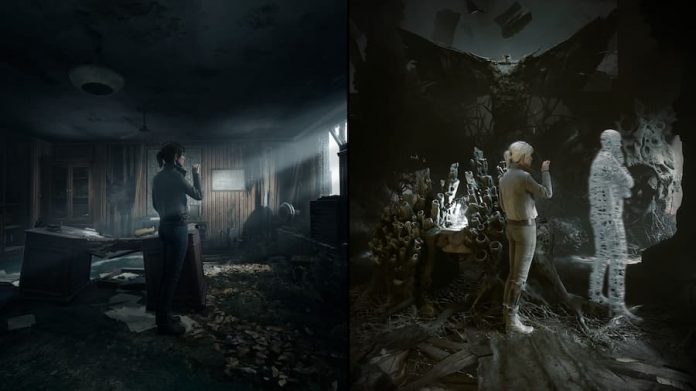 With its third-person viewpoint and fixed camera angles, The Medium is a bit of a departure for Bloober Team.

Layers of Fear, Observer, Blair Witch; all of the horror games that the studio has developed in recent years have been first-person, immersing players in unsettling worlds that are, at times, truly terrifying. And, while at one point I would have loved the idea of horror games going back to their third-person fixed camera angle roots, The Medium proves that it is now simply outdated and clunky. You get fed up of the restricted view, and when your movement gets disrupted by a camera angle change it’s simply irritating. When it comes to horror, either an over-the-shoulder or first-person camera is now required to deliver both thrilling gameplay and legitimate scares.

The move to third-person gameplay, and Bloober Team’s inexperience with the format, impacts other aspects of The Medium, too. While the environments of The Medium generally look great, character animations are not. Facial animation is the worst; lips move roughly in time with words being spoken, but other than that, there’s little nuance to convey feeling or emotion. It makes The Medium‘s story scenes a little sterile. Despite that, however, the story of The Medium perhaps remains the highlight of the experience. A twisted tale that’s unsettling at times if not a little predictable, it starts slow, but around the mid-point it really captures your attention. Though some might not be fulfilled by its lacklustre ending.

Silent Hill is obviously an inspiration for The Medium, especially considering its dual world feature. While most of the game takes place with protagonist Marianne going about her business in the real world, sometimes players are thrust into a dark “otherworld”. With a lack of enemies other than a grotesque monster that occasionally appears to chase or stalk you, however, there’s hardly ever a sense of danger. The dual world mechanic feels like it’s largely there simply to drive The Medium‘s puzzles; later in the game you gain the ability to switch between both worlds by interacting with mirrors. In the real world a door might be locked, preventing you from progressing. In the “otherworld”, the door might not exist at all, allowing you to pass freely. 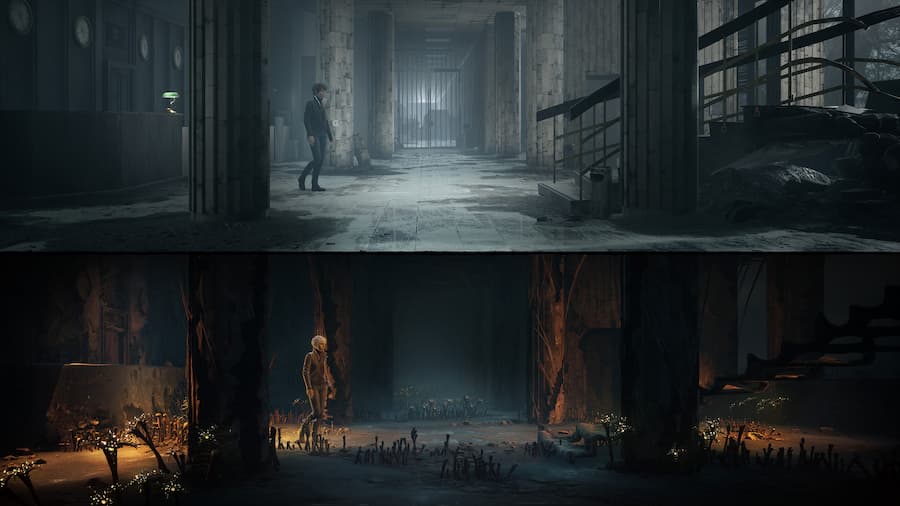 There are times where both worlds will be presented to you at once, split-screen. That means you can see both the real world and “otherworld” version of the location you’re in. It’s in these instances that you can force an “out of body” experience – freeing your spirit from body for a short while to achieve a task – collecting an otherwise unreachable item, for example. Take too long, however, and your spirit will fade to nothing, resulting in Marianne’s death. Many actions in the “otherworld” require spirit energy; collected from wells, a blast of it can be used to power up fuse boxes, and it can also be used to shield the spirit version of Marianne as she passes through swarms of moths.

Honestly, though, the times in which The Medium presents both worlds to you at once aren’t very enjoyable. In fact, they’re a little gimmicky. Many story scenes are presented this way, for example, and it offers nothing other than the knowledge that in the real world Marianne is talking to someone that has no physical presence. And when it comes to gameplay, it’s simply not fun traversing an environment while trying to keep an eye on both screens at once to see if there’s anything unique to interact with in either. It’s like an extreme version of spot the difference. 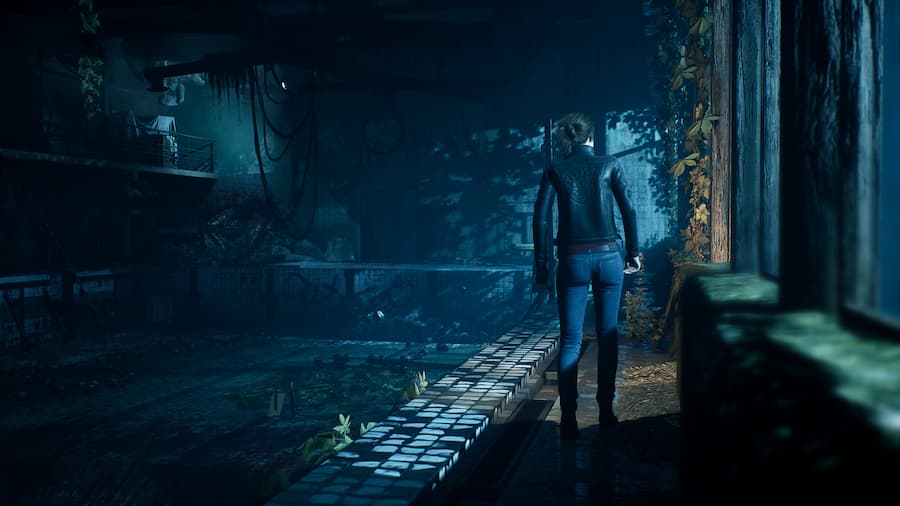 The original Resident Evil and Silent Hill games used their fixed camera angles to draw your attention to items of interest in the environment, and often also made them shimmer to further draw your curiosity towards them. There’s none of that in The Medium, leaving you to just run (or walk, as the game frequently forces you to do) around environments until tell-tale button prompts appear. When the screen is split in half, those button prompts are very small unless you’re playing on a large TV. This hunting for items to interact with means that, for the most part, The Medium feels more like a point-and-click game ported to console than a survival horror experience.

Thankfully there are times where hunting for items to interact with takes a backburner. There are puzzles, for instance; most of them are hardly puzzling at all, but one or two are quite enjoyable to solve. And then there are your encounters with “The Maw”, an evil entity that can make its presence felt in both worlds. In the otherworld he’ll chase you at times, forcing you to run for your life. And in both worlds you’ll find yourself sneaking around some areas, doing your best to avoid drawing his attention. Those moments are tense, but they’re also simple and always over very quickly. 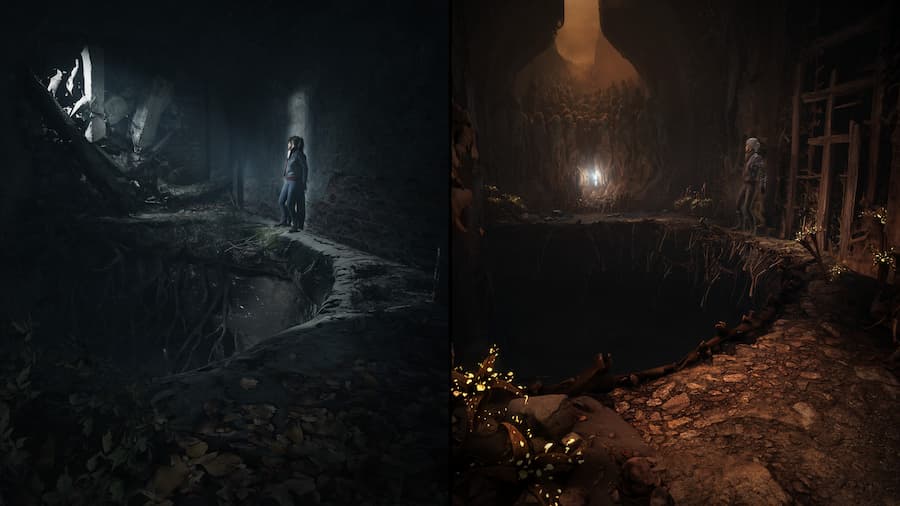 Everything considered, you might think I didn’t particularly have an enjoyable time with The Medium, but that’s not the truth. More than anything, I’m just disappointed. It doesn’t help that it’s not particularly scary at all; it’s more of a supernatural thriller than horror. Go into it with your expectations tempered and you’ll likely enjoy it, but chances are it won’t leave a lasting impression on you. It may have been inspired by the Silent Hill series – hell, Akira Yamaoka has even contributed to the soundtrack, and it shares some common story themes – but it falls short of it in pretty much every way.

The Medium isn’t a bad game by any stretch of the imagination – it’s just nothing special. The dual world mechanic doesn’t offer much that’s genuinely new or interesting, the next-gen visuals are let down by poor animation, and the controls are a bit clunky. It’s also simply not scary. The saving grace is that the world that’s been created here is interesting, allowing for a story that keeps you wondering what the next revelation will be throughout its eight-or-so hour running time. Still, there’s good groundwork here if Bloober Team does ever deliver a sequel – hopefully with better facial animation, more grotesque enemies roaming its environments, and an actual combat system. 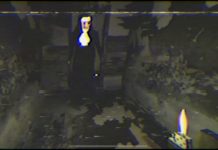 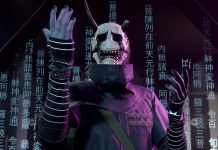 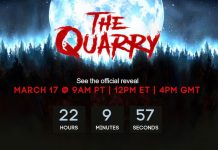