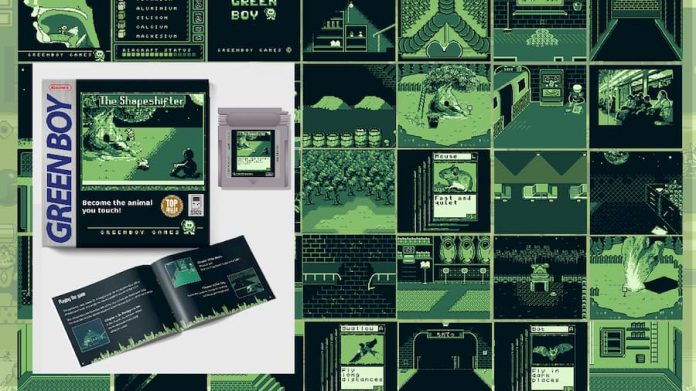 I just rubbed my eyes for thirty seconds, but yeah, this press release in front of me still says “new Game Boy game”.

Today, independent development studio Green Boy Games has announced it’s working on launching a Kickstarter on January 18th. That Kickstarter is for an upcoming fantasy adventure game, The Shapeshifter, which will be released for Nintendo Game Boy.

In The Shapeshifter you play as Elliot. Elliot is a normal person with normal life until he meets an elf that grants him the power of becoming any animal he touches.

Players will be able to pick up the game on the studio’s website, but there will also be 100 limited editions exclusively for Kickstarter backers. The game will be available in a cartridge which will be packaged with a box and a, let me just check these notes again, a manual? Yes, a manual.

I’ll be right back, I’m just going to go look in my closet for jean vests and jelly sandals.

The Shapeshifter will be compatible for Game Boy, Game Boy Color and Game Boy Advance. If Green Boy Games reach its final stretch goal of €40,000, it will also be headed to the NES.

You can find out more information on the game’s Kickstarter set to launch on January 18th. And give the trailer for The Shapeshifter a watch below. If you still happen to have a working Game Boy deep in a drawer somewhere, it’s worth checking out.