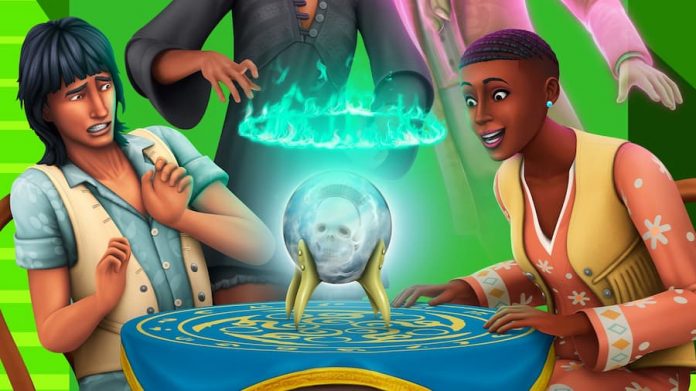 Prefer your Sims a little… scared? Then The Sims 4‘s latest add-on, Paranormal Stuff Pack, is probably for you.

This isn’t the first time that The Sims has stepped foot into spooky territory. We’ve already had Vampires, Strangerville and Realm of Magic game packs, so life in Willow Creek et al has been weird for some time. But it’s about to get a bit weirder, thanks to the Paranormal Stuff Pack.

Ghosts have existed in The Sims 4 since day one, but not like this. The ghosts you encounter as a result of the Paranormal Stuff pack aren’t the translucent spectres of your deceased sims; oh no. Most often, they’re spirits that exist purely to wreak havoc. They’ll materialise in the form of cute little orbs, but their antics aren’t quite so adorable. They’ll make the lights flicker in your home, they’ll slam doors, and they’ll make random pools of water appear on the floor. Basically, textbook haunted house movie stuff.

Your Sims’ reactions are textbook haunted house movie stuff, too. Most of them will be terrified of their new house guests, living in a constant state of terror. Sleeping will become impossible, and even the simple task of going to the toilet can present challenges thanks to their ever-present fear.

Thankfully, not every one of your Sims is suddenly going to start getting haunted if you purchase the Paranormal Stuff Pack. You can choose where the haunting happens thanks to the inclusion of haunted house lots. Any residential lot can be made haunted, and you can toggle it on and off at will, if those pesky poltergeists get too much. The add-on comes with its own pre-made haunted house, too, letting you get straight into the spooky stuff. 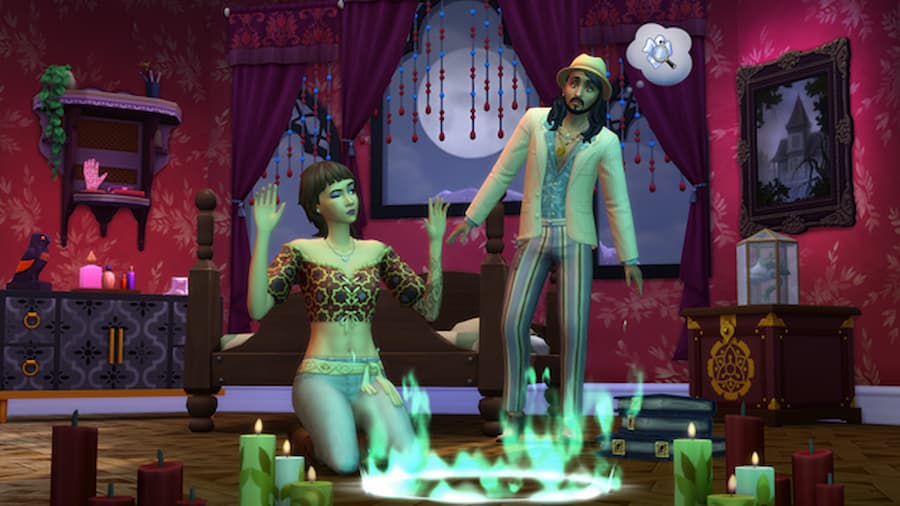 The Sims 4 Paranormal Stuff Pack allows your Sims to contact the dead thanks to an addition of a séance table. Using it will increase your Sims’ ‘Medium’ skill, which in turn unlocks a new career path. That’s right: you can now be a professional ghost hunter if you’d like. And eventually, you can even get your hands on a Paranormal Investigator license. C’mon, that’s pretty cool.

Before you can jump head-first into a new career, though, you’ll need to meet Guidry the Ghost. He’ll appear on any haunted house lots and, unlike the other ghouls, he’s there to help. He’ll be able to answer any questions you have about life in a haunted house, and he’ll be able to issue you a Paranormal Investigator License. With that, you’ll be able to take freelance jobs clearing other peoples’ houses of the dead. It’s easier said than done, though, especially if your Sims are still scared themselves. 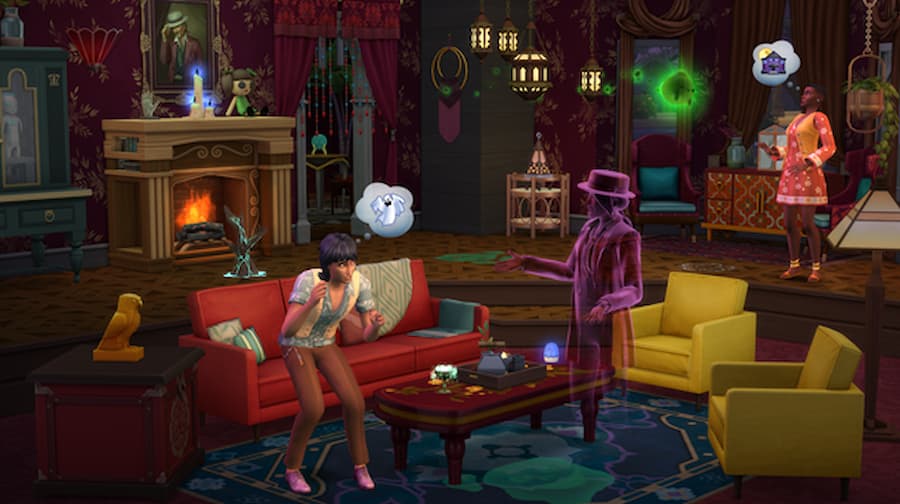 For a Stuff pack, The Sims 4 Paranormal Stuff Pack adds in a good amount of content. It can completely change the way you play, if you’re up for a spooky time. Living in a haunted house makes getting anything else done way more difficult, but it’s also one heck of a way to spice up a boring household.

Paranormal Stuff Pack is available from today on PC, Xbox One and PS4. You’ll need The Sims 4 base game in order to play. 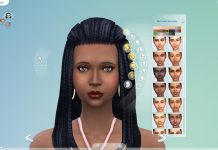 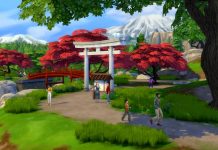