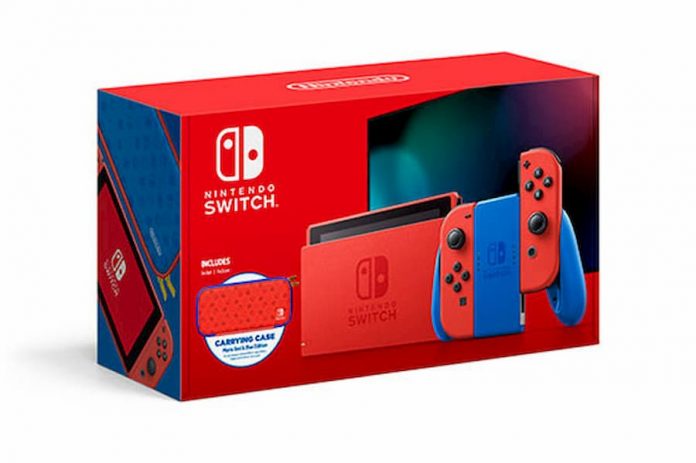 I bet Bowser would trade Peach to Mario for this cool Nintendo Switch.

I certainly would. A new limited edition Nintendo Switch is set to release in retail stores on 12th February 2021. Nintendo hasn’t released information on how long the console will run for, so if you’re vying to pick one up you’ll want to get it as soon as you can.

This Nintendo Switch is Mario themed, with a red and blue design. What’s special about this Switch is that it comes with its own protective carrying case. The case has Super Mario iconography that is instantly recognisable and well worth a few of those precious coins in your pocket. The console also comes with a screen protector to keep your screen safe.

The Nintendo Switch – Mario Red & Blue Edition will be available at select retailers for the suggested retail price of $299.99. It is the first Nintendo Switch system where the console itself is a different colour rather than just the dock and joy-cons. The console, joy-cons and dock are all red, and the joy-con grip is blue.

If you’re in the US, you can head over to the Nintendo website to keep an eye out for when the console releases. Elsewhere, such as in the UK, preorders are live via retailers such as Amazon. If it’s anything like the Animal Crossing: New Horizons Special Edition Switch it’ll sell out pretty fast, so make sure you get a preorder in if you want one.