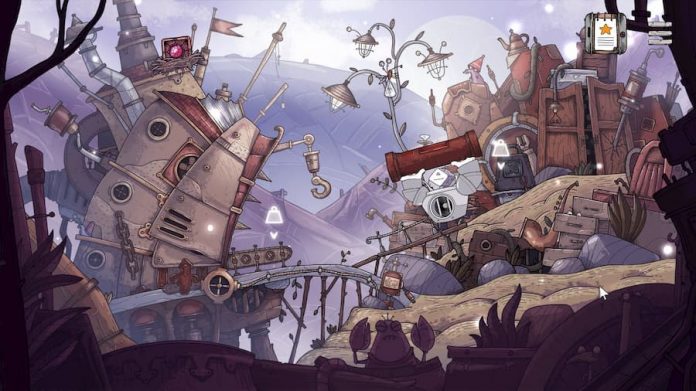 A peaceful world is disturbed by chaos in upcoming adventure game TOHU.

The Irregular Corporation along with developer Fireart Games announced today that their upcoming title TOHU will launch later this month on January 28th. This announcement also comes with a brand new short trailer which introduces players to the game’s protagonist.

In the game, you play as The Girl who has a giant mechanical alter-ego. She lives on the quiet and peaceful world known as the fish planets. When the mysterious Stranger appears, he begins to wreak havoc on the planet destroying the world’s sacred engine. The sacred engine is the key to The Girl’s World. Now, all life on the fish planets is in danger.

The Girl takes it upon herself to help try to save her world. Along the way she meets silly characters like Juncle, who is very forgetful and The Broker, a trader who lives inside of a bathtub.

Players can switch between The Girl and her robot alter-ego Cubus at any time, using both of their unique abilities to traverse the dangerous environment. Players will have to use their thinking caps to get through some of the game’s challenging puzzles, but it will all be worth to save the amazing fish planets.

TOHU is set to release on January 28th for PC, PlayStation 4, Xbox One and Google Stadia. You can pre-order the game on Xbox right now on the Microsoft website.