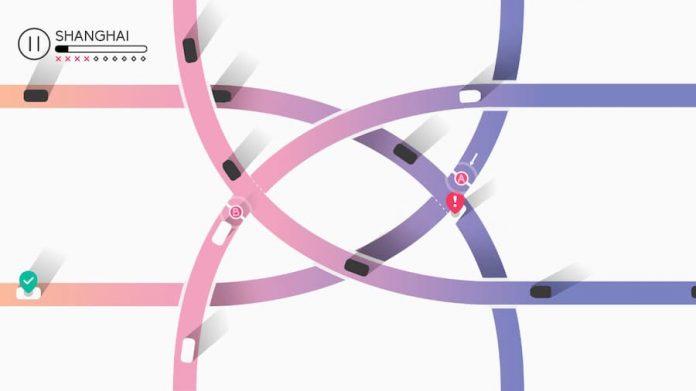 Getting stuck in traffic sucks. No ifs, ands, or buts about it.

It’s something that everyone hates universally because we’ve all been there. There’s nothing like taking a long trip and then getting delayed. Minimalist puzzle game Traffix, from developer Infinity Games, brings this experience into the video game universe – but before you start groaning, hear me out.

In Traffix, your goal is to help road users who find themselves stuck in traffic. It may sound like a simple concept, but you’ll soon discover that there’s nothing simple about it. It’s also a heck of a lot more fun than real traffic.

There’s a similarity here to Mini Motorways, but Traffix’s emphasis is on controlling a series of intersections to ensure the steady flow of traffic. Levels are set all across the world, with road layouts reminiscent of international cities like Moscow, New Delhi or Dublin. With a very simple control scheme, you’ll get the hang of Traffix very quickly, but that doesn’t stop it becoming fiendishly tricky after the first few levels.

In the game, cars will approach a stop sign at your intersection. You can tell the car to go when it’s safe and then proceed to let the next go, but you’ll have to be careful and watch for cars coming from the other direction. In later levels you’ll be controlling multiple roads and multiple lanes of traffic, telling drivers when it’s safe to cross. Trust us; you’re going to betray those drivers and send them to their deaths quite a few times. Thankfully, Traffix gives you 10 chances to mess up before you have to start the level over. 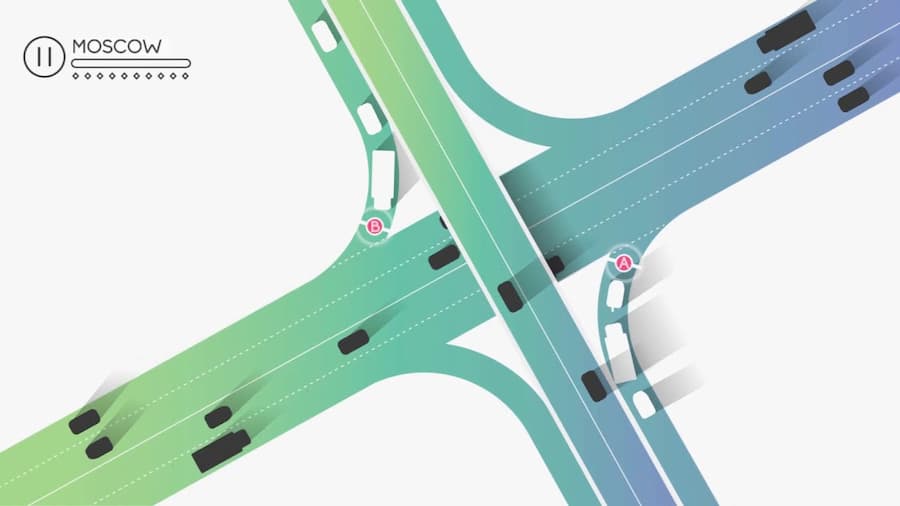 When you feel like you’ve mastered the game’s main mode, you can also try and tackle Chaos mode which, as the name suggests, makes things much higher. Chaos levels throw emergency response vehicles in the mix, which spawn at a much higher rate than normal vehicles.

Traffix, while incredibly simplistic in design, is anything but when you start playing it. Its gameplay loop will suck you in, and even when you inevitably fail it’s impossible not to keep trying. Available on PC and Nintendo Switch for just $4.99, it’s a sweet puzzle game worth every penny.