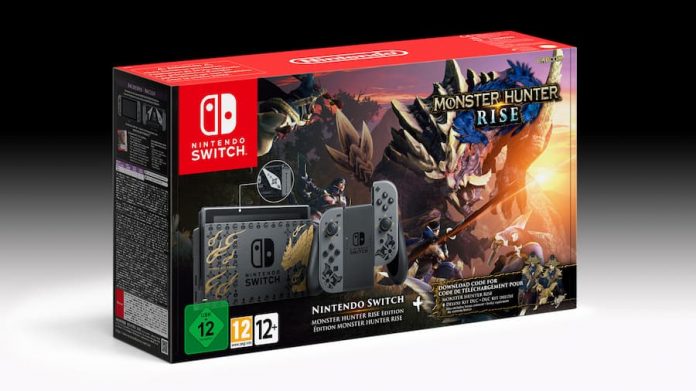 Only earlier this month did they reveal the sort-of ugly but sort-of endearing special edition Mario console. Mostly red with a blue Joy-Con grip, it resembles the colour of Mario’s iconic dungarees.

If you’re thinking of rushing out to buy one of those, however, you might want to hold your horses. Because today, Nintendo has just lifted the lid on another special edition console. This one’s to coincide with the launch of Monster Hunter Rise. Coming bundled with a download code for the game and its Deluxe Kit DLC, it’s a grey and black Switch with Monster Hunter-themed detailing.

The grey Joy-Cons have a black pattern printed on them, with gold highlights around both thumbsticks. The back of the Switch console itself also has grey and black detailing. It’s a striking design without being too over-the-top or in your face.

The best fancywork, though, is on the dock itself. Over the top of a black pattern is a gold dragon and flame design. It’s stunning, and it would look great in our living rooms if we say so ourselves.

Alongside the launch of the special edition console is a Nintendo Switch Pro Controller. It also sports gold detailing and features a dragon design. It’s a good option for those of us who want to bask in Monster Hunter excessiveness without buying a whole new console. Or, you know, you could buy both. We won’t judge. 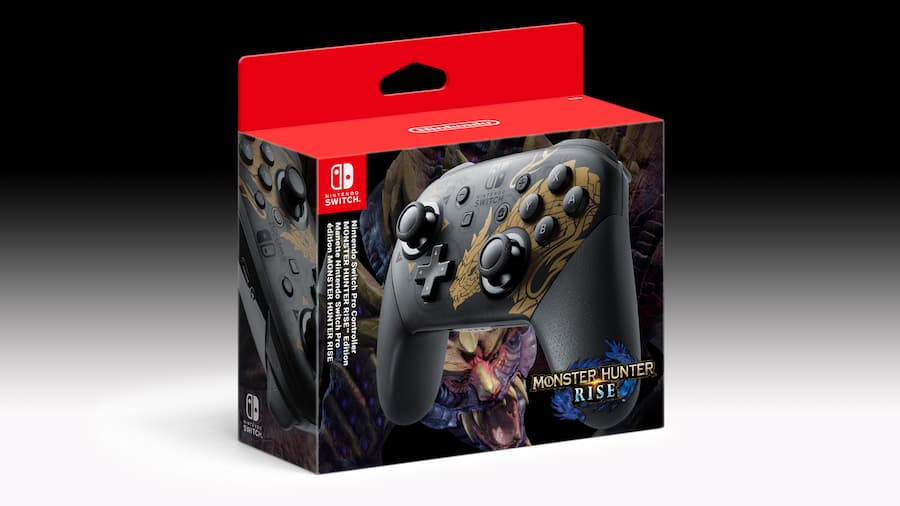 Both console and Pro Controller are set to release on 26th March, the same day as the game.