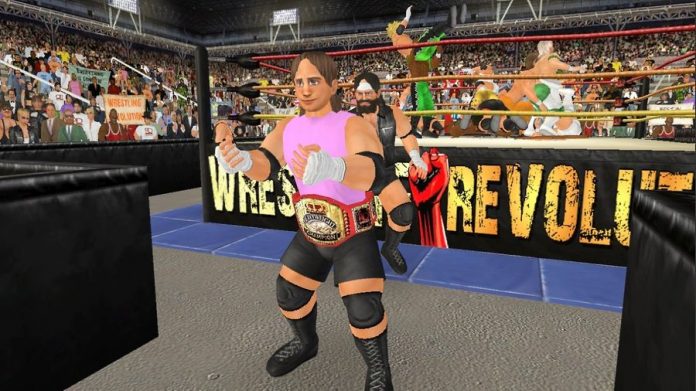 This Switch title is the gin-fuelled Frankenstein’s monster of wrestling games.

Wrestling Empire is supposedly based on a mobile wrestling series, but at times it feels like it’s been stitched together from the offcuts of other games. The low-res character models resemble Grand Theft Auto 3‘s pedestrians; the arenas could be out of the Unity asset bargain bin; and the wrestlers are so absurdly durable it’s like trying to kill Resident Evil 3‘s Nemesis.

But Wrestling Empire manages to be fun precisely because it’s so odd – especially if you can rope some sofa-sharing friends into the mayhem. Credit where credit’s due, it’s still more polished than WWE 2K20 and has one of the most extensive career modes around. The build-a-wrestler option is less impressive, but since the wrestlers are straight copies of their 90s-era counterparts (in all but name), that’s not a big deal.

Once you’re in the ring, the mayhem really kicks in. For some bizarre reason, the referees end up carrying an object, from a steel chair through to an old-style TV camera. So right away you can turn around, punch the referee, and arm yourself. Aside from reversals, which seem random, the controls are suitably response, making it easier to stomp your opponent’s torso again, and again, and again. 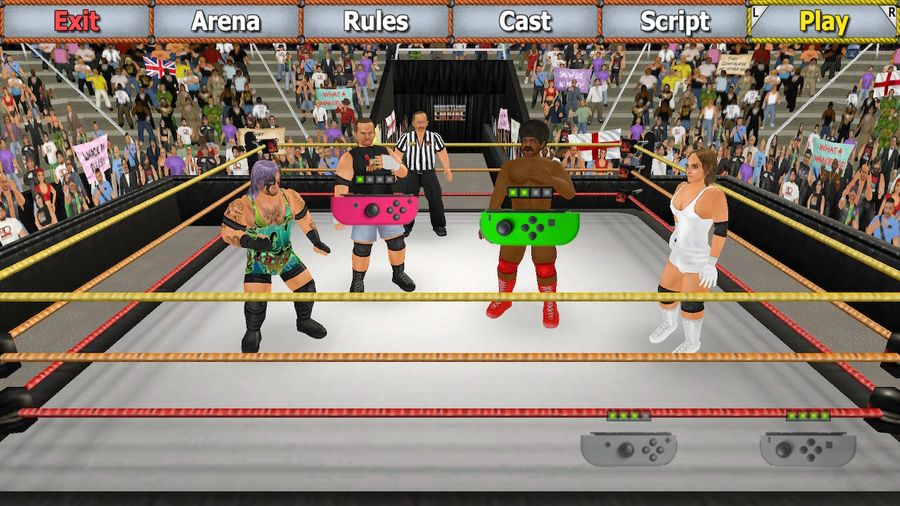 The biggest question you’ll have playing Wrestling Empire is “How the hell do I win?”. You can reduce your opponent’s energy bar to nothing and pinning them for a count of three is still a trial. The trick seems to be smacking your opponent in the face shortly before going for a three-count, but at times it feels like fighting The Terminator. When all the other players, human or otherwise, are going through the same trial, Wrestling Empire becomes absolute chaos.

So what do you do? You decide to lord over the lunacy as the referee. The chances of getting hit are reduced but you’re then expected to actually do things. I was so engrossed in watching I forgot that I was expected to do things… but then I realised I had the power to count people out, to disqualify wrestlers for leaving the ring. And I could wade in without being disqualified myself. Absolute power corrupts absolutely. 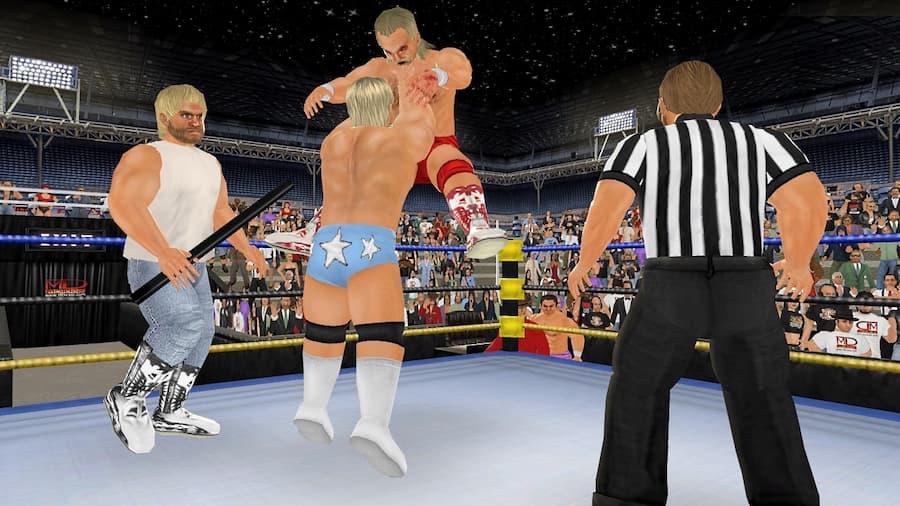 Wrestling Empire is not going to give WWE’s license division any sleepless nights. The low-res graphics can be off-putting, and having a bloodied opponent kick out of your pin can sometimes be irritating (though you could argue that matches the apparent randomness of TV wrestling victories).

But it’s got all the ingredients of a solid wrestling game; a decent grappling system, a strong (almost copyright infringing) roster, daft drama and enough match types to keep you busy. Lean into the old-school stupidity of this wonky but earnest wrestling game and you’ll have more than a few laughs with it. 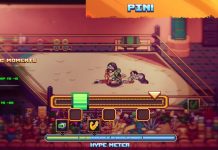 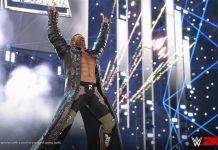