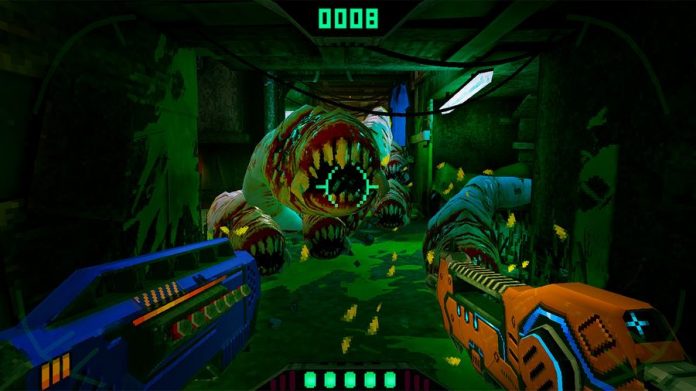 Slugs are the worst and WRITHE knows to deal with them.

Sure, this arena shooter’s micro-story claims to be about mutant sago worms taking over 70s Thailand, but in my head I was murdering slugs; the slimy, plant-munching little monsters that pervade our gardens. Crawl under my back doorstep at 2am in the morning, will you? Eat laser vengeance, you boneless freaks.

Sorry, got a bit carried away there. But WRITHE is a game that barely gives you time to relax as the toothy, crawling hordes descend upon you. There’s little in the way of weapon choice but you’ll be too busy staying alive you’ll barely notice. It’s fun on Nintendo Switch but I really wished I could shove it into an arcade machine, stick a 50p in and see how much play time I could get for my money.

Perhaps it’s a blessing that WRITHE isn’t pay-per-play, though. The first few times I loaded it up, I was dead within 40 seconds, smugly backing into a corner before discovering my toothy, crawling foes spawned quicker than I could shoot them. Like DOOM, WRITHE forces you to stay on the move otherwise you’ll be overwhelmed.

There’s a retro flavour to WRITHE‘s beastie-slaughtering mayhem; all three levels – a run-down area, a jungle and a factory – are bedecked in gaudy colours and there’s a pounding soundtrack that wouldn’t be out of place in a 90s arcade beat ’em up. On top of that, you can apply a retro or CRT filter, though I would have loved to see a feature that reduced the number of polygons until you’d got something that looks like an N64 game. 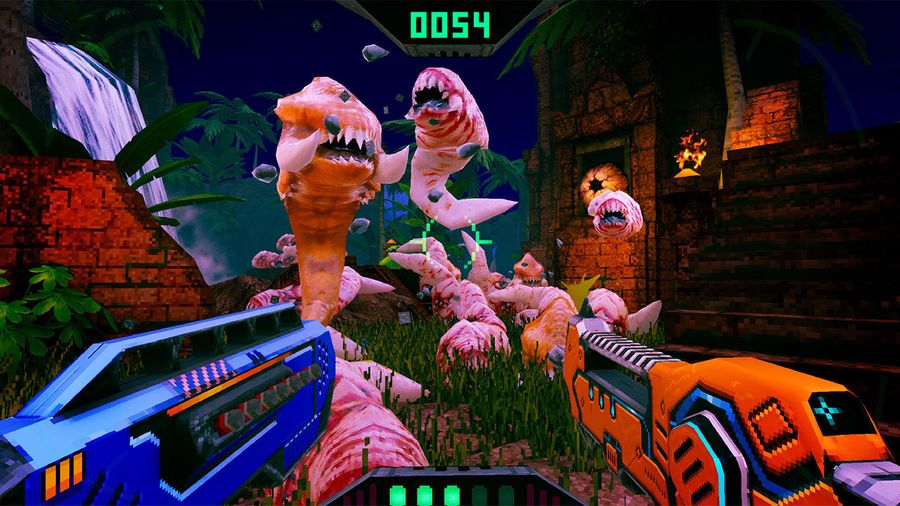 Another neat touch is the museum you can explore. Though the lore’s not strictly necessary, it fills you in on how your toothy foes came to be. Collect enough gems and you can unlock more lore, which didn’t interest me an awful lot but I know some people will meticulously pore over it.

Short of lore collecting, there’s no real path through WRITHE. Instead, you’ll find yourself dipping into it again and again, surviving just a few seconds more each time. You’ll memorise the layout of each level, picturing the creatures snapping at your heels as you run and blast for your life.

It won’t consume your life (unlike the nightmare slugs), but you’re looking for a fun, frenetic blast you can dip into again and again, WRITHE will be right up your slime-encrusted street. 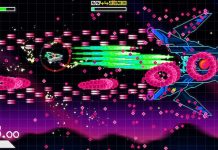