Heavy Rain was already overwhelming enough, what with its changing characters, twisting storyline and unexpectedly futuristic elements. Throughout the game you get attached to these characters, watching them struggle and fighting to protect themselves in this harsh environment. As such, many players weren’t expecting its huge plot twist.

It is revealed towards the very end of the game that Scott Shelby, a private detective that players control throughout the game, is actually the killer that he himself has been hunting. It’s a huge shock, especially for anyone that was attached to the character. Throughout the game Scoot is kind and gentle, so it seems extremely out of character for him to be the game’s Origami Killer. It’s a truly satisfying plot twist, but one that will make you question everyone you think you can trust…

Read our review of Heavy Rain 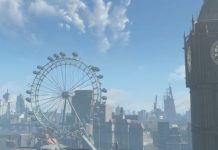