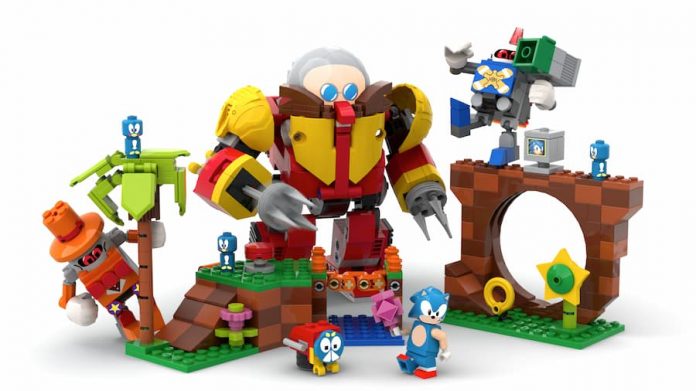 The set comes from LEGO Ideas, an initiative that allows hobbyist LEGO designers to submit their own sets for approval. After reaching 10,000 user votes, sets are taken to a LEGO panel. From there, a very small number are selected to be produced and sold at retail. The Sonic Mania set entered review last year, but the final decision has been delayed. Finally, LEGO has announced that the set will come to fruition.

Presumably, the delay came from LEGO needing to agree a licensing deal with SEGA. We’ve already seen Sonic in LEGO form as part of LEGO Dimensions, but it’s likely the licence either expired or didn’t include releases outside of the now-defunct Dimensions range. But a partnership is now is place, and LEGO Sonic Mania will soon go into production.

The Sonic Mania Green Hill Zone set comes from UK-based Viv Grannell, who is unsurprisingly a lifelong LEGO and Sonic fan. On the set being selected, they said: “Having 10,000 people back my design was overwhelming enough, even with friends and family behind me, but having it be selected for further development was the most exciting secret I have ever had to keep!”

We don’t yet have a release date or any images of the final set; the image atop the post is the original Ideas submission. We can expect some changes to be made to the set that comes to retail.

This article originally appeared on That Brick Site