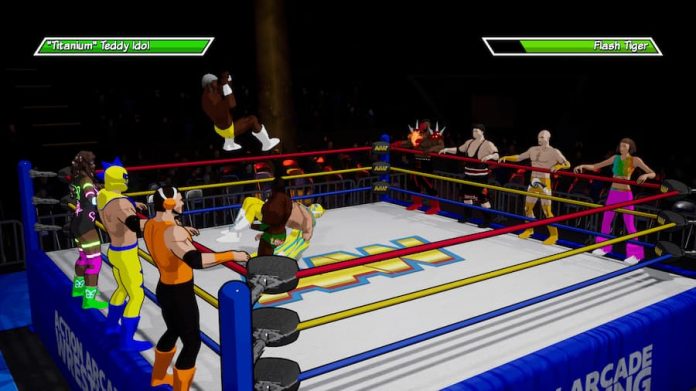 Arcade Action Wrestling, a 90s style arcade wrestling game will be climbing into the console ring this Spring.

With WWE 2K20 being such a buggy disappointment, and WWE Battlegrounds loaded with predatory microtransactions, it’s fallen to others to give us a proper wrestling game fix. We’re still playing the excellent Fire Pro Wrestling and were looking forward to Retro Mania Wrestling arriving this month. But there’s now a third title bringing old-school wrestling shenanigans to consoles, Arcade Action Wrestling.

Arcade Action Wrestling looks to be taking a leaf out of WWF Wrestlemania’s book, an arcade title that had you flinging projectiles at your foes. AAW will feature fireballs, laser beams and more. That said, going by the trailer, which you can watch below, there’ll also be plenty of hand-to-hand fighting along with grappling, turnbuckle jumping and more.

Naturally, there’ll also be a create-a-wrestler mode so you can create your own copyright infringing wrestlers, glancing over your shoulder in case Vince McMahon decides to kick down your door. There’s no concrete release date but developers VICO Game Studio are hoping to unleash AAW on consoles sometime this Spring.  AAW has previously been released on the PC, receiving mostly positive reviews, though the console version should be getting some tweaks.

If you feel like delivering some arcade-style smackdowns, Arcade Action Wrestling will be released on the PlayStation 4, Xbox One, and Nintendo Switch. 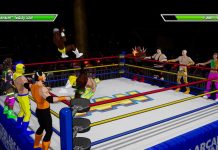 Action Arcade Wrestling Brings The Pain to Consoles This August