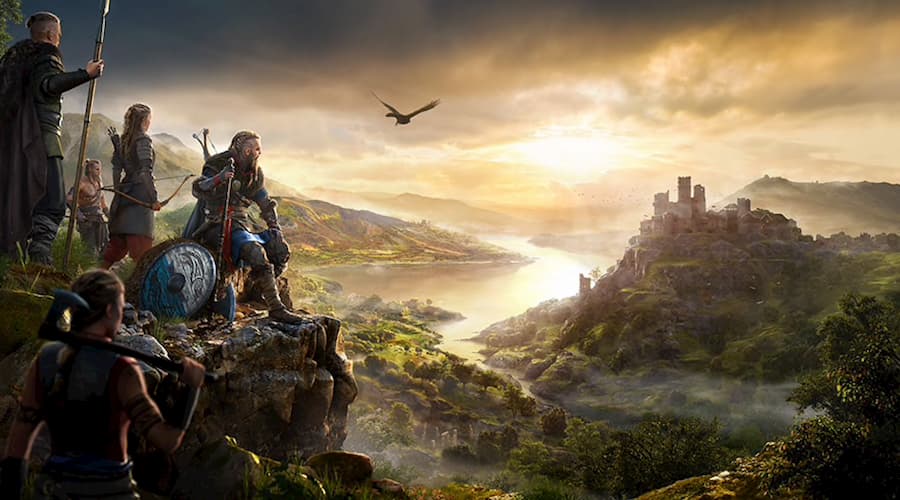 PlayStation CEO Jim Ryan recently made comments that as games become bigger, they will become more expensive. But I ask you: Do games these days need to be so big? Is a longer game automatically a better game?

Back in 2011, we saw the launch of Batman: Arkham City to critical acclaim, but with one common complaint shared by critics and users alike: It was “overwhelming”. This point was echoed by a friend of mine, exasperated at the prospect of yet another challenge room; he was eager to add the Platinum trophy to his collection, but not so eager to rinse-and-repeat the same fight against the same goons he had already struggled with for an hour or so.

I scoffed at the very suggestion that a game could be “too big”.

“You’re complaining there’s too much content? That you want less for your money?” Nonsense.

I tried to put myself in his bat-shoes about what he had said, but having thoroughly enjoyed every moment I spent carefully capturing every Riddler trophy and keenly planning ways to ace every challenge room, I could see no downside. More content always equals better value. There’s surely no other way to interpret this. Or so I thought.

Two years previously, 2009 saw the launch of both Batman: Arkham Asylum and Assassin’s Creed 2, two exceptional games which undoubtedly helped define their console generation. Each one was so finely crafted; every area felt carefully planned considered, with each element of their core gameplay in mind, whether it be strategically-placed gargoyles for Bruce to swoop down from or hay-bales for Ezio to lose the guards in.

Now here we are, eleven years later and I find myself in Medieval Mercia, trudging down south, solving mysteries and collecting wealth in Assassin’s Creed: Valhalla, like an armour-clad Scooby Doo. I recalled the headlines from the build-up to its launch: “Valhalla will be shorter and smaller than Odyssey”. Acknowledging the criticism of its predecessors, Ubisoft acknowledged that the previous game in the series, Assassin’s Creed Odyssey, was “overwhelming”. It wasn’t something I’d personally noticed in Odyssey, but could easily see why others might feel that way.

But something was different in Valhalla. Where were the carefully-planned alleyways for Eivor to dip into? The uniquely-planned assassination locations, where I could pounce from a vantage point and snuff out my prey before skulking away, unseen? In a game of this size, it felt these had been left as afterthoughts and this may be reflected in the Metacritic score of “just” 80, not the high bar of 91 and 90 set by earlier entries in the series, Assassin’s Creed 2 and my personal favourite, Brotherhood.

Eventually arriving at my destination in the region of Cent, I stood atop the famous limestone cliffs of Dover and found my own “overwhelming” moment: looking at the dozens of map markers denoting what would be hundreds of yet more toils ahead. “Is this too much?” I wondered, happy to continue but drained of my earlier enthusiasm.

So, what’s the real difference between Batman: Arkham City and Assassin’s Creed Valhalla? Why did I enjoy and savour every moment of the former, but find the latter to be such a slog?

I believe it comes down to a few simple things: the use of space, attention to detail and good old human nature.

See, Arkham City is densely packed with subtle (and not so subtle) references to characters both well-known and obscure, so as to satisfy players with varying degrees of series awareness. Yes, the city is vast when compared to the intentionally claustrophobic Arkham Asylum that came before it, but you could still traverse the map relatively quickly with grappling and gliding.

Valhalla, on the other hand, is spread out over one of the largest physical maps in the franchise and whilst there are little nods and references to all manner of things (Winnie the Pooh, Alice in Wonderland) they’re so spread out and innumerable that by the time you solve one, you have to move on to the next one, leaving no time to savour the moment. In Batman: Arkham City, I’d happily stand outside of the Mad Hatter’s store and think “What a neat little nod to an obscure character” (yes, he turns up, briefly, in person later), before swiftly grappling into the next street to see yet another nod to yet another character, place or comic storyline. In Valhalla, I’d simply get back to running or horse-riding through hectares of fields or forests, or having to call my long-ship and sail the winding rivers of Anglia.

Sure enough, I’ve found myself stopping in Assassin’s Creed Valhalla just to admire the scenery several times, as the autumnal glow of the setting sun bathes the landscape and delicate shards of light shine through the leaves. I’ll pop out the photo-mode and go nuts from time to time, forcing myself to stop and take in its beauty. On next-gen hardware, Valhalla is truly beautiful, but it’s a well-known fact that you can’t get by on good looks alone.

Indulge me for a second with a food analogy. Typically, the better food is, the more expensive it is – and, often, the less of it we’ll get. You’ll chow down on a fast-food chain burger without much thought, but you’ll savour a perfectly seared steak purchased from an upmarket restaurant. The less you have, and the better something is, the more you savour it.

I’m certainly not hating on the Assassin’s Creed franchise here; there’s a lot to love about Valhalla – our own review scored it an “outstanding” 9/10 – but it’s hard to deny just how big the game is. I still love the series and I’ll remain excited for whatever’s next, but I’ll certainly be wishing for an adventure a little more focused.

It’s far from the only game guilty of being too big for its own good, too. As it’s always easy to criticise that which you love, other examples come from two of my favourite series: Uncharted 4 pushes so many boundaries, but I find the extra five-or-so hours on its predecessors keeps it firmly out of my Uncharted top spots (2 is top, obviously). And the Metal Gear Solid series is so tightly crafted and considered at every moment that when you get to 4 and 5, some of what made the earlier games so good is lost. They’re still exceptional games, but certainly in Metal Gear Solid 5‘s case, it becomes somewhat of a bore at times, lacking the variety and focus to keep it fun, sprawling out over a map which then requires laborious traversal to reach your objectives.

Perhaps I shouldn’t complain about games being too big. But does more stuff to do really mean better value? Yes, I could ignore lots of the side quests in Valhalla, but then I’m missing out on some of the experience; had it been more focused, I’d be able to see the fuller picture intended by the developers without needing to slog so much. Sure, it’s nice to get fully lost in a huge, fictional world for a while, to forget about the stresses of real life. But sometimes, truly, less is more.