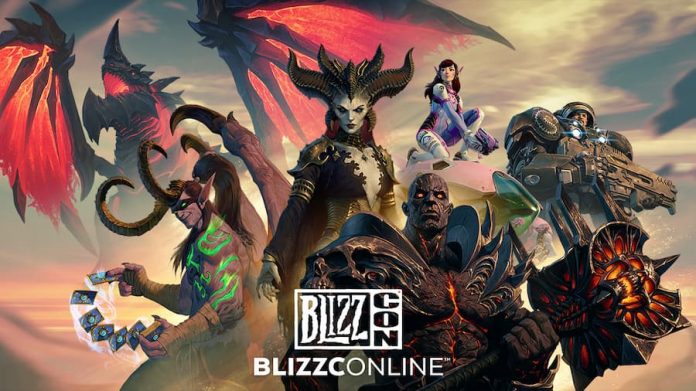 Blizzcon 2020 being cancelled was a huge disappointment to all of us. It wasn’t surprising, though, considering the circumstances. The same isn’t going to happen in 2021, though. Oh no. This year, Blizzard has some really big plans for players in the form of an online convention, cleverly named BlizzConline.

As we already know, BlizzConline is taking place on 19th and 20th February. But in a new blog post published yesterday, Blizzard has provided some new details on what we can expect.

To celebrate three amazing decades, Blizzard will have commemorative in-game goodies for sale which will be themed around the event. You can head over to this blog to check out what’s included in each of the packs you can purchase.

The packs come in different tiers with different price points. They include in-game items like a pet in World of Warcraft, a legendary skin for Reinhardt in Overwatch, Diablo III wings and more.

Players will be able to watch the show completely free through the BlizzCon website. From there you’ll be able to choose from six different channels, each focusing on a different game. The streams will also be available on Twitch and Youtube.

BlizzConline kicks off at 2pm PST/10pm GMT on Friday, February 19th. It’ll begin with an opening segment, which includes a first look at some of the latest game content development teams have been working on. From there you’ll be able to choose which of the six channels you want to watch.

The celebrations will resume on Saturday 20th February at 12pm PST/8pm GMT. Satuday will focus on “shining a spotlight on the global Blizzard community”. This is also when the winners and outstanding entries from the Community Showcase contests will be announced.

Mark your calendars for February 19th and 20th to log into BlizzConline and see some awesome events. We’ve got our fingers crossed for some announcements, and we’ll have all the news right here.

You can check out the BlizzConline official 2021 trailer below.