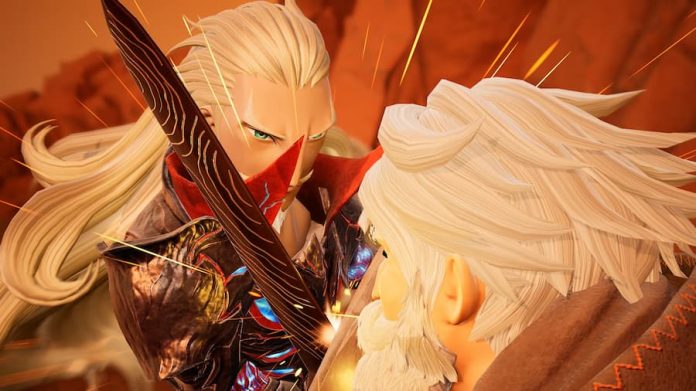 I’ve spent much time with Elvis in the last week; adventuring, slaying orcs, drinking… y’know, the usual. And it’s largely thanks to him that my time has been a blast. He’s taken my mind off of the fact that I’m a Hero of Light, and that there are some evildoers out there that don’t care about the world. Should they manage to acquire all of four of the elemental Crystals, who knows what calamities will be unleashed upon mankind. And so that’s the situation I find myself in Bravely Default II; travelling with newfound friends on a quest to save the world.

Despite being a sequel to the much-loved 3DS JRPG, Bravely Default II doesn’t require you to have any prior knowledge of the series. It features brand new characters in a whole new land, so don’t let those Roman numerals at the end of its title put you off one bit, especially if you’re a fan of good old-fashioned JRPG. Launching 26th February exclusively on Nintendo Switch, it’s the closest thing to a classic Final Fantasy game I’ve played in years based on the time I’ve spent with it so far.

A story full of clichés and conveniences typical of the genre has been at the heart of Bravely Default II for the duration I’ve been playing it, but there’s still plenty of adventuring to be done, so things may change. Besides, it’s not that much of a problem thanks to its charming heroes. They’re full of character largely because of a sterling localisation job, bringing even the most mundane scenes to life. Honestly, the moment Elvis opened his mouth to reveal a Scottish accent I was sold. And then another of my companions, Adelle, opened her mouth to reveal a Welsh twang. Beautiful.

Bravely Default II is also your typical JRPG fare when it comes to gameplay. There’s a world map for you to explore, and in-between battling monsters you can slash at blades of grass, Zelda-style, in the hope of uncovering something of worth. Crucial parts of your travels, however, take place on more detailed, intricate maps – or dungeons, if you prefer – imparting a real sense of adventure. There are towns, too, of course; each one of them looks like a work of art – a painting you can wistfully explore with your cute 3D heroes. And, like towns in all of the best JRPGs, they have shops in which you can buy new equipment, inns in which you can rest, and plenty of quest givers to give you a little bit of something to do on the side. 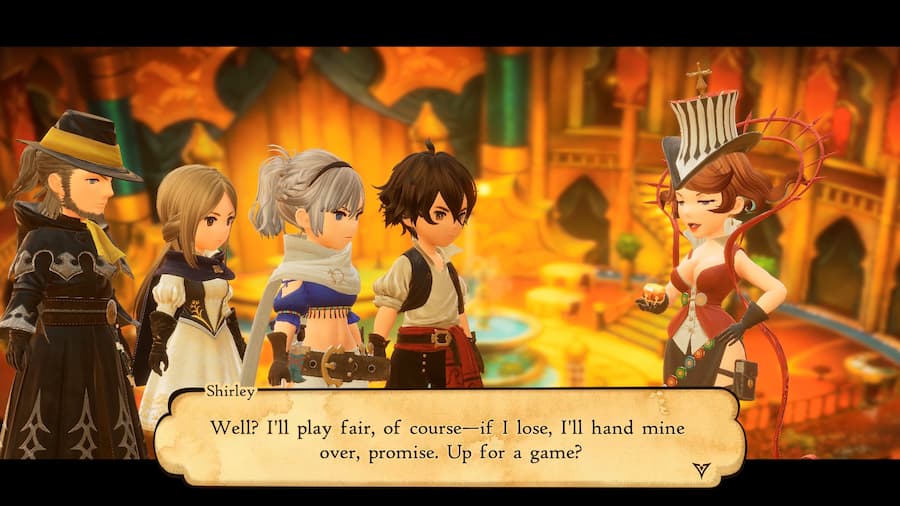 So far, so JRPG. Bravely Default II does have a little something that’s unique about it when it comes to combat, however. The Brave and Default system at the heart of Bravely Default II‘s combat won’t be new to those that have played the first title. For those who haven’t, though, it’ll be a revelation. Basically, Brave Points are what power your actions; if you want to attack with a weapon or use black magic, for example, you’ll need to expend a Brave Point. You gain one every time a character’s turn comes around, but if you’d rather save it so they can perform two actions on their next turn, you can select Default to force them to skip their go and adopt a defensive stance.

Saving your Brave Points so you can go all-out is sometimes the best option; perhaps the enemy is currently in a powered-up state, for example, making it risky to attack. Once their buff is over, thanks to your store of Brave Points you might be able to unleash four powerful skills in one go, decimating their HP. And you don’t have to store up your Brave Points, either; you can borrow them if you like, allowing you to perform multiple actions in the knowledge that your character will be a sitting duck until the deficit has been restored. It’s perhaps not a great tactic to use against tough bosses, but it makes eradicating the piddly foes you encounter out in the open world a cinch. 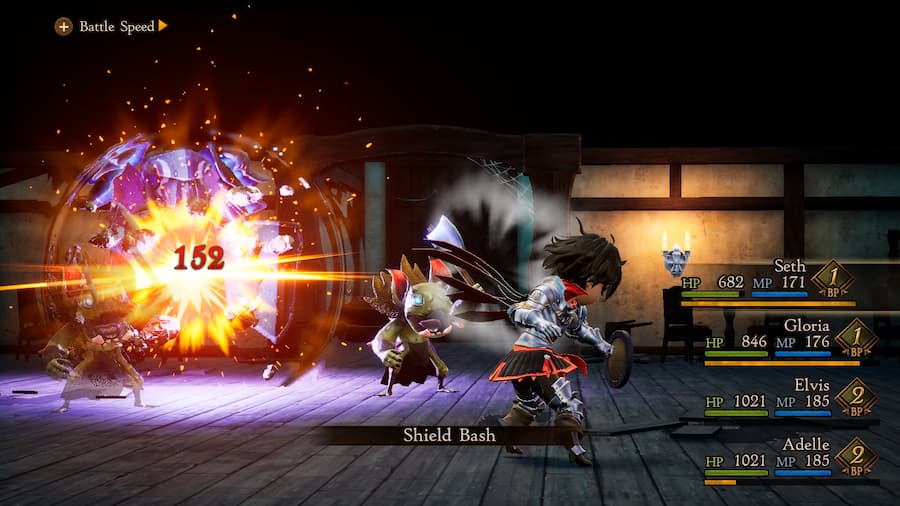 It’s those foes that are currently my main main bugbear with Bravely Default II though, due to the fact that there’s just too many of them. The pace of the game is brought to a crawl due to the large number of battles that occur as you move from one area to the next. You move a bit, get into a battle, borrow some Brave Points to eradicate them all in one turn, exit battle, move a bit more, get into a another battle – rinse and repeat until you’ve reached the next story scene. It can just get a little bit tiring. You can try and avoid enemies on the map if you like, but pathways are often so narrow that it’s a tricky task. Plus, being caught from behind gives the enemy the advantage – you may as well commence battle yourself and start with the upper hand. The saving grace is that enemies in an area will eventually begin to run away from you once they’re fearful of your strength, allowing you to explore on your own terms.

I’ve got a lot of Bravely Default II still to play, and, frequency of battles aside, it’s safe to say that I’m enjoying it. Not everyone will get along with its Chibi-style character models but I really like them, and while its story seems to follow the typical JRPG mould, it is at least engaging. Factor in a unique combat system, and a job system that lets you develop your party as you see fit, and you have an entertaining old-school JRPG that should put smiles on a lot of faces. Until I’ve seen those credits roll, however, how big those smiles will be remains to be ascertained.